FLETCHER proves herself as a pop provocateur in the making – review 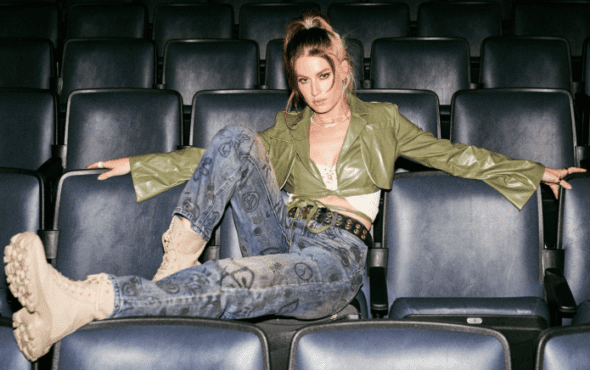 FLETCHER, aka Cari Fletcher, has made her name through anthemic songs that crystalise the sapphic experience. Whether it’s heartbreak, healing or hope, FLETCHER has a track that you can belt your heart out to. The American singer-songwriter broke out with her hit single Undrunk, which catapulted the fast-rising artist into mainstream attention. Since then, FLETCHER has emerged as a community-binding artist armed with enough on-stage charisma and queer hits to draw in big crowds.

On 15 May, FLETCHER returned to London with a sold-out final show at the O2 Forum, Kentish Town. With packed out stalls and stands, the singer and her support acts (Gracey and Upsahl) felt miles away from FLETCHER’s first shot at the industry – a country-pop quartet Lakoda Rayne – on the US X Factor. Instead, decked out in a light blue suit and an off-beige corset, the 28-year-old kicked off an eclectic set laden with her signature hook: a swirl of pop beats and astonishingly honest lyricism.

FLETCHER opened with the Katy Perry-approved (and sampled) Girls Girls Girls which borrows from the 2008 powerhouse single I Kissed A Girl. The set continued reeling off back to back strong contenders Forever, All Love, and Undrunk. The latter, which peels back emotions on a microscopic level, was vibrantly echoed by fans throughout the venue. It’s no surprise the unapologetic single broke FLETCHER’s name into the US charts. Soon after, the New Jersey artist’s third EP, S(ex) Tapes, staggered her setlist. Offsetting a promising start, the singer’s standout vocals and symbiosis with the audience was frustratingly undercut by an unsteady choice of mid-set songs. Fans, however, were unfazed by the choice as they dedicatedly mirrored the lyrics back to the artist, notably at a louder peak when FLETCHER flirtatiously interacts with her female bassist, Sophie Potrykus, on stage.

The unity of the singer’s show was difficult to miss. From Pride flags draped over barriers to DIY fan-made signs in homage to FLETCHER, the culture of community and acceptance holds the show together. In between songs, the singer called for house rules and a “protective” environment. FLETCHER even took a mini-set break to sign fans’ boobs – yes, really – in what began as a quirky joke that has since escalated into an inexplicably jovial queer segment of her shows. Picking up quickly after, the FLETCHER rolled out her begrudging Kito-produced single Bitter and swiftly returned for a fan-demanded encore. The closing duo featured an unreleased song, For Cari, which the singer wrote for herself and her shimmering mellow debut album feature, Healing.

As the show simmered out, the artist exuded gratitude for her biggest sold-out headline show in London and the continuous support of her listeners – emotionally crediting fans for “helping a queer bitch from a small town” make it. While some shortfalling lyrics lingered, FLETCHER’s imprint on the queer pop scene is distinct and mighty. If anything, the American singer’s undeniable talent and on-stage dominance proves she’s only just getting started.