Fleabag on stage starring Phoebe Waller-Bridge is everything – review 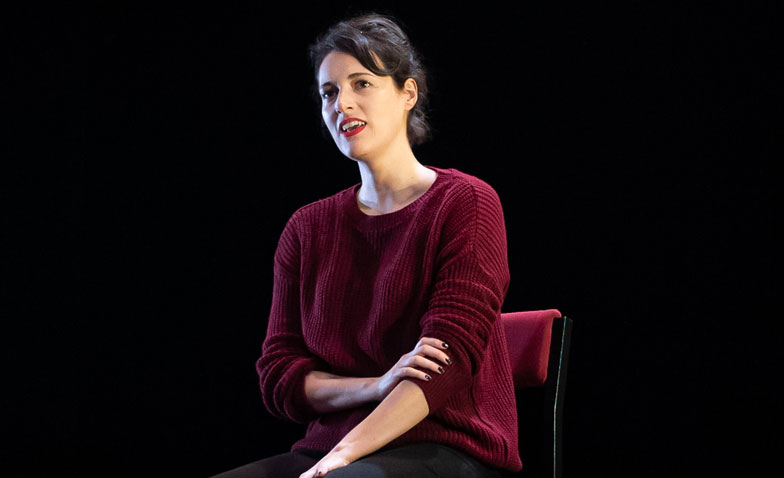 She might be one of the most in demand women in the world – through Star Wars, Killing Eve and soon-to-be James Bond – but for Phoebe Waller-Bridge, the stage is where all this madness began.

As one of the hottest tickets to get of the 2019 season, it’s little surprise audience members getting to see Fleabag live lap it up. And while those of us that have seen the BBC series know what might come next, it takes nothing away from the brilliance of seeing Phoebe deliver it live – directed wonderfully here by Vicky Jones.

From the awkward faces to the direct nature of her spoken word, there’s everything here for a pitch perfect evening out – running at a reasonable 65 minutes. But perhaps it’s less about the character and more the brilliance of Phoebe Waller-Bridge where the real magic happens. Although at the relative beginning of her career, the ease and fluidity of delivery lands perfectly every time – regardless of age, gender or if you’ve turned into iPlayer anytime recently. It’s seemingly effortless and as enjoyable for Phoebe as it is us.

Inclusive of the beloved guinea pig-themed cafe, an absent friend, a difficult sister, a disappointing father and the brutality of sexual frankness that can make even the most open mind shriek just a little, it feels like full circle to see the play move from stage to screen, gather great momentum, and then return back to its original forum. Sadly, no hot sexy priest was in sight on stage – although he was in the audience with us at opening night, which made it all seem complete.

Although her audience has grown since we were first introduced to Fleabag, the neutrality of delivery is commendable. Presented without arrogance, without assumption you’ll enjoy, and still on the shoulders of one person for over an hour, Phoebe Waller-Bridge works for her applause – and does so to great success.

And while this is the final goodbye to the live version of Fleabag, we hope the theatre remains a close friend to the lady who is set for film and television domination.

Fleabag will be broadcast live across the UK and internationally from the Wyndham’s Theatre on 12 September as part of National Theatre Live.