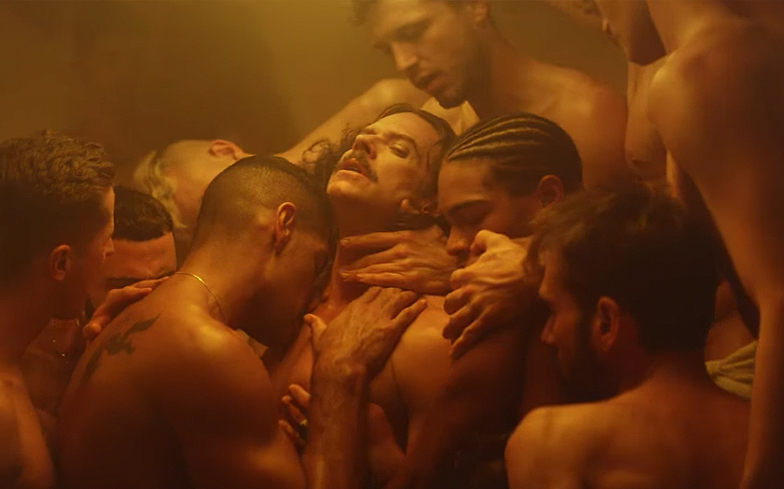 Fischerspooner’s latest music video isn’t one for the office.

The band have released their triumphant new single TopBrazil and the accompanying music video was created in response to the current atmosphere in America, where LGBTQ rights are under attack by the Trump administration.

The visual was directed by Tom C J Brown and features Fischerspooner frontman Casey Spooner surrounded by naked male bodies, as they all writhe together as one.

“The video celebrates a pop aesthetic typically reserved for the female archetype and liberates the male form to be sexual, expressive and fearless,” Casey said.

TopBrazil has been lifted from Fischerspooner’s first new album in 10 years, Sir, which will be released on 16 February.

The collection had been produced by REM’s Michael Stipe, and features additional production by BOOTS (Beyonce, Run The Jewels, FKA Twigs).

It was also mixed by both Stuart White (Beyonce’s Lemonade) and Andy LeMaster.

American fans will be able to catch the band live later this year, as they play a trio of shows in support of Sir.

The dates are as follows: