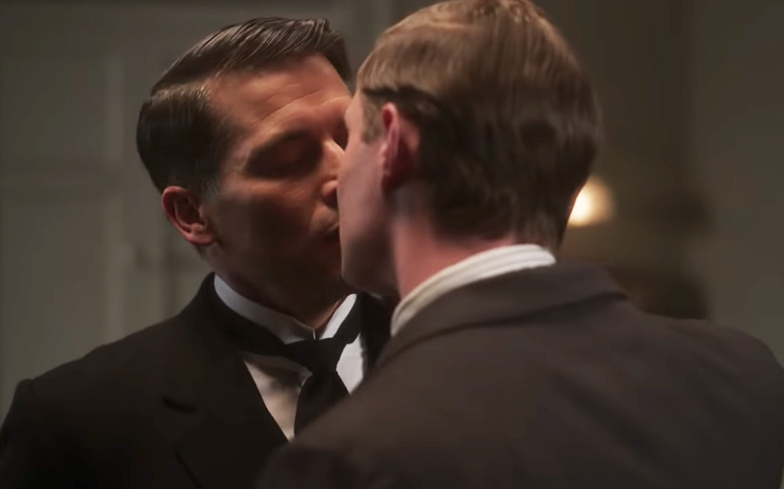 After six wildly successful seasons, which earned the show 69 Emmy nominations and a worldwide audience, Downton Abbey is heading to a cinema near you for its first film adaptation, which continues the story of the aristocratic Crawley family.

Written by creator Julian Fellowes, the film follows the residents and servants of fictional Yorkshire country estate Downton Abbey as they prepare for a royal visit from King George V and Queen Mary, which will no doubt lead to plenty of drama.

During his time on the show, Thomas fell for several men, underwent gay conversion ‘therapy’ and even attempted suicide, before receiving a redemption arc of sorts when he was appointed head butler of the estate in the series finale.

A second trailer, which appeared to be aimed at the US market, gives us more Thomas scenes, including a kiss shared with another man. Could romance be in the air? We’re keeping our fingers crossed.

Downton Abbey is released in UK cinemas on 13 September.