Zane Phillips has been cast as a series regular in Netflix’s upcoming LGBTQ+ drama Glamorous.

Originally developed as a pilot for The CW, Glamorous follows Marco Mejia (Miss Benny), a gender non-conforming queer person who lands a job at a cosmetics company, led by the “legendary makeup mogul” Madolyn Addison (Cattrall).

Deadline states: “It’s Marco’s first chance to figure out what he wants out of life, who he actually is and what it really means for him to be queer.”

Phillips will play Chad, the “devoted son to Madolyn and the Director of Sales for her beauty empire, who is caught in a never-ending quest to live up to his mother’s expectations.”

Payton has been cast as Venetia, Madolyn’s “ambitious and chic” first assistant who becomes an ally to Marco, “showing him not only how to navigate the office, but queer Brooklyn nightlife as well”.

Rosen is Ben, a graphic designer at Glamorous who is “inspired to stumble out of his comfort zone” after meeting Marco. Harris also plays a graphic designer called Brit, while Parkhurst will embody a “confident, self-proclaimed jock” named Parker who “symbolises unobtainable gay cis-male perfection”.

Phillips rose to fame earlier this year as Ben slash Prometheus on The CW’s fantasy drama Legacies, which was sadly cancelled after four seasons. His character’s relationship with Jed (Ben Levin) made history for The Vampire Diaries franchise as the first MLM romance.

In the June issue of GAY TIMES, the rising actor expressed gratitude towards the show’s fans, who passionately championed Ben’s romance with Jed under the ‘ship’ name ‘Benjed’. 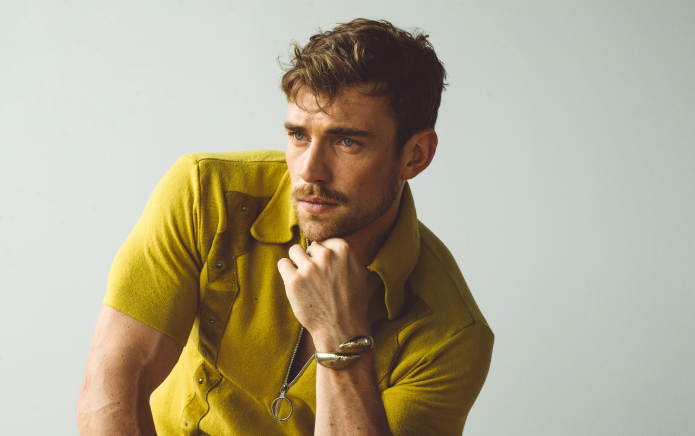 “There are people out there still searching for, ‘Okay, who are the people like me? When I turn 18, what do I have waiting for me? What is the hope on the other end?’ I’ve already had people reach out to me and say, ‘I don’t know how I feel in my life and this storyline is huge to me…’ I do read things and take it to heart.

“Every single queer story is important, but it helps bring a feeling of meaning to what I do, and a feeling of purpose to something that I enjoy doing, which is acting and being a performer. This doesn’t exist in a vacuum, this does have material importance.”

Phillips currently stars in Fire Island, directed by Andrew Ahn, which launched 3 June in the UK on Disney Plus.

Inspired by Pride and Prejudice, the gaycation comedy follows two best friends (Joel Kim Booster and Bowen Yang) as they embark on their annual weeklong vacation to the titular gay hotspot.

You can read our full interview with Zane Phillips via the GAY TIMES app, Apple News+, Readly, and Flipster.