Fierce! America’s Next Top Model has finally crossed over with RuPaul’s Drag Race 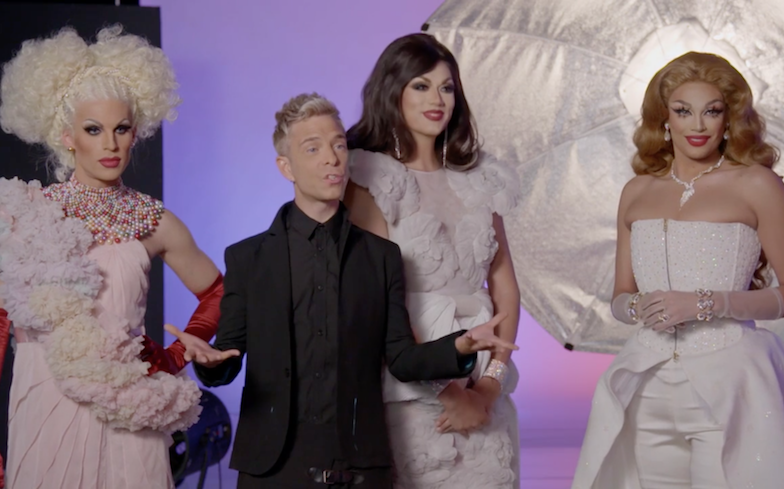 The crossover we’ve all been waiting for…

Legendary queens from RuPaul’s Drag Race have gone from the workroom to the runway in this sneak-peek from the next episode of America’s Next Top Model, and we are gagging!

“I absolutely see America’s next top model in this group. And it’s none of those girls… it’s me,” says Katya.

Valentina adds: “I grew up watching America’s Next Top Model, and I’m finally here alongside these ladies.”

In an interview with Entertainment Weekly, Tyra said: “They’re so friggin’ gorgeous and can pose their asses off. That’s a difficult model to be in a shot with.… Not all of my models prevailed.”

Tyra also had nothing but praise for season nine queen Valentina: “Valentina killed it. I’m sitting there editing film and I’m like, can I get a shot of my girls looking at least half as good as Valentina?”

The supermodel also revealed how she came to the idea: “Something popped into my head: princesses and queens! I told my team, ’Okay, give me a photoshoot with that theme, but with our girls and the drag queens!’ They took it from there and did a really good job.”

The sneak-peek concludes with judge Drew Elliott sending the contestants into hair and makeup. We’re sure they’ll slay, but hunties, they’ll have to pose the motherf***ing house down if they’re gonna stand out amongst ROYALTY.

The current season of RuPaul’s Drag Race – All Stars 3 – currently airs Thursdays on VH1 in the United States, and Saturdays on Comedy Central in the UK.

Related: Will Courtney Act ever return to RuPaul’s Drag Race? Here’s what she had to say…