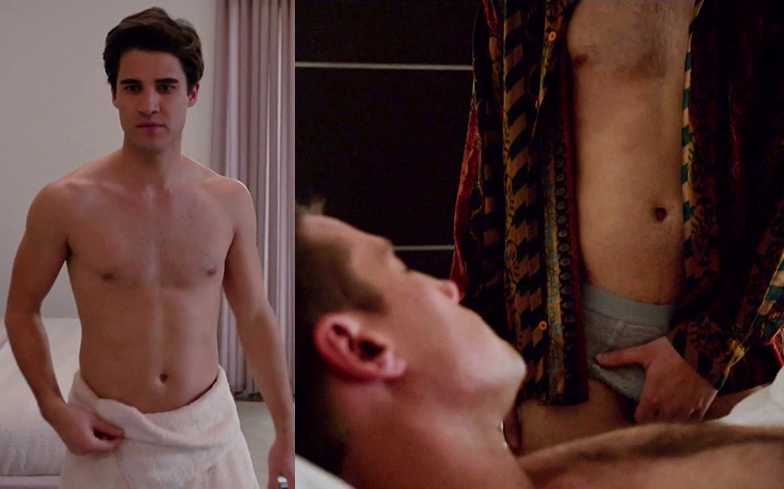 Viewers were in for a treat when they tuned into American Crime Story this week.

The second season of the award-winning show, sub-titled The Assassination of Gianni Versace, tells the true story of the death of legendary fashion designer Gianni, who was murdered by Andrew Cunanan on the steps of his home in 1997.

Alongside talent including Ricky Martin, Penélope Cruz and Edgar Ramirez, the new season also stars Darren Criss – who most of you will know from his turns in Glee and American Horror Story – as serial killer Andrew.

While previous American Crime Story season The People vs. O.J. Simpson already left us wanting more, our excitement hit fever pitch when we found out that both Darren and Ricky would be appearing in the nude (can you blame us?).

Well, during the US season premiere on Wednesday 17 January, the show came good on that promise when Darren (literally) dropped the towel and gave viewers an eyeful from behind, and later delivered a titillating crotch grab.

In case you couldn’t tell, we were pretty taken by his performance.

Check out screengrabs from the episode below.