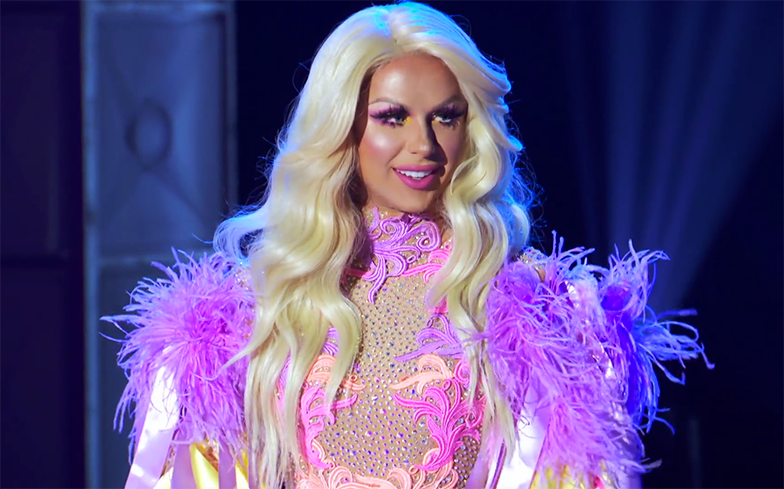 “Should have been a runway for sure.”

Farrah Moan has followed in the footsteps of Manila Luzon and shared one of her unseen runway lewks from the fourth season of Drag Race All Stars.

The season nine favourite – who was eliminated in the third episode of All Stars 4 – uploaded her “clown couture” inspired outfit to Instagram, and like we said in the headline, it’s absolutely sickening.

“I had probably the most fun putting this look together when I got the #as4 list!” she captioned the photo. “Should have been a runway for sure.”

We agree Farrah. How was this not a runway lewk this season? We’re gonna need the other queens to upload their runways, like, pronto.

Check out the sickening lewk below.

The finale of Drag Race All Stars 4 airs this Friday in the United States on VH1 and shortly after in the UK on Comedy Central.

The queens will write, sing, and dance in a production number to RuPaul’s song Super Queen. Will it top last year’s gag-worthy performance of Kitty Girl? Or Read U Wrote U from All Stars 2?

Who do you think will look sickening next to Chad Michaels, Alaska and Trixie in the Drag Race Hall of Fame? Let us know in the comments!

All nine episodes of Drag All Stars 4 is now available to stream on NOW TV.