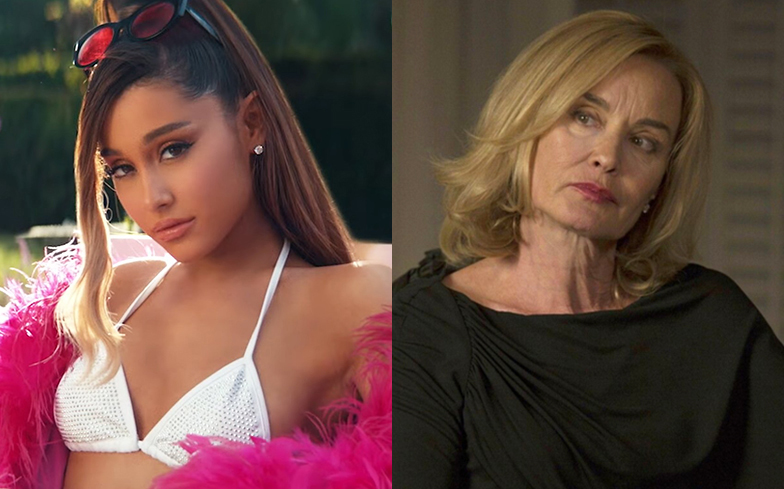 Now this is a celebrity cameo we could get behind!

American Horror Story is known for its A-list guest stars including Lady Gaga, Stevie Nicks, Patti LaBelle and even Naomi Campbell, and fans think they’ve figured out who’s going to make an appearance in the upcoming 10th season.

The show’s co-creator Ryan Murphy is known for only ever following one other person on Instagram – his husband David Miller – but he just followed a second person… pop superstar Ariana Grande. Is she about to make an American Horror Story cameo?

Of course, before we jump to conclusions, there’s every chance he’s just an Ariana super fan like the rest of us, but given how closely American Horror Story viewers follow little details like this, we have a feeling it’s a hint at something more.

The two have history, after all, as Ariana previously starred in Ryan’s cult classic series Scream Queens, where she was killed off early in one of the show’s best death scenes, and she’s tweeted her love for American Horror Story in the past.

Ryan also shared a teaser for the upcoming 10th season of the show around the same time he followed Ariana, which many fans have picked up on.

Ryan has plenty of other shows and projects coming up with the signing of his Netflix deal, so she could be linked to one of those instead – but we’d really love to see Ariana in American Horror Story. Maybe she could join the witches coven?

In the meantime, here’s everything we know about season 10 of American Horror Story so far.