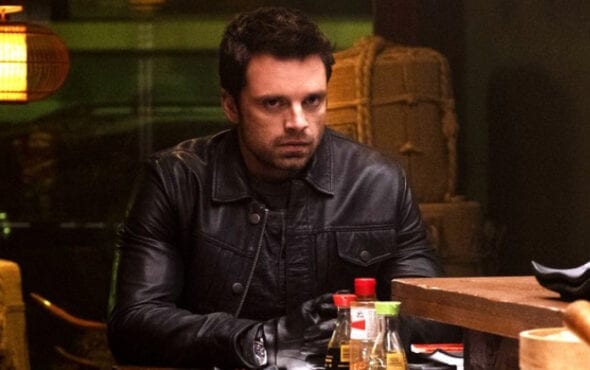 Fans of The Falcon and the Winter Solider are claiming Bucky Barnes is bisexual.

The reasoning behind this is due to a comment he made regarding his dating life.

In the first episode, Bucky is set up on a date with a waitress named Leah.

During the date, she asked how his dating life has been since coming back from the blip that took place in Avengers: Infinity War.

“Have you dated much since half the fish in the sea came back?” she asked.

Bucky then revealed that he experimented with dating apps and mentioned encountering profiles with tiger pictures.

“It’s pretty crazy. A lot of weird pictures. I mean, tiger photos? Half the time, I don’t even know what I’m looking at, it’s a lot,” he said.

Fans were quick to point out the detail concerning the tiger pictures.

Pictures of tigers were extremely popular a few years back on Tinder but were banned in 2017 due to animal cruelty.

The majority of these profiles featuring tigers were men.

In an interview with NME, Malcolm Spellman, the lead writer on the series, addressed the fan theory.

“I’m definitely not diving down rabbit holes, but just keep watching,” he said. So not a ‘no’ and not a ‘yes’…

This isn’t the first time that fans have questioned Bucky’s sexuality.

When the first Captain America film was released, many LGBTQ+ viewers pointed out the undeniable chemistry between Bucky and Steve Rodgers.

Over the years, Marvel has been called out for its lack of LGBTQ+ representation in its films.

However back in 2019, Marvel executives confirmed that future Marvel films will start becoming more diverse.

Speaking to Vulture, Victoria Alonso, the studio’s executive vice-president, said she hoped Marvel would set the standard with diversity.

And Sarah Halley Finn, the casting director for every Marvel film since Iron Man, said: “You’re gonna see even more new faces — and faces from all different background, all ages, all ethnicities, LGBTQ, people who are differently-abled.”

Upcoming Marvel films like The Eternals and Thor: Love and Thunder are both set to feature LGBTQ+ characters and storylines.

Check out some of our favourite The Falcon and the Winter Soldier tweets below.

btw marvel needs to fully commit to bucky being bi. at the rate that they’re dropping hints about it he better be by the end of the show pic.twitter.com/J2vSQeAHox

Straight people, I have a question. On Tinder, is it men who tend to post pictures with tigers all the time? Or women? I ask because Bucky complained about all the tiger pictures he sees on Tinder. (I want him to be bi so bad. LOL.) #FalconAndTheWinterSoldier