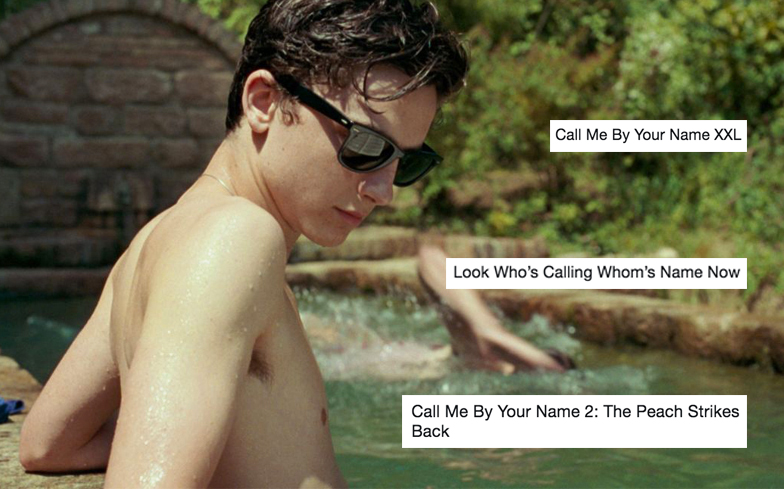 “The Peach Strikes Back”?

Despite contradictory reports over whether a follow-up to Call Me By Your Name would come to fruition, director Luca Guadagnino confirmed this week that it will indeed be happening, and has even shared some information on the plot.

While the sequel is obviously still in its early stages, that hasn’t stopped fans from coming up with their own title suggestions and sharing them on Twitter.

Now You See My Name 2

TO HAVE BEEN CALLED TWICE YOUR NAME

Call Me By Your Name 2: The Peach Strikes Back

We’re sure all of those suggestions will be taken into consideration.