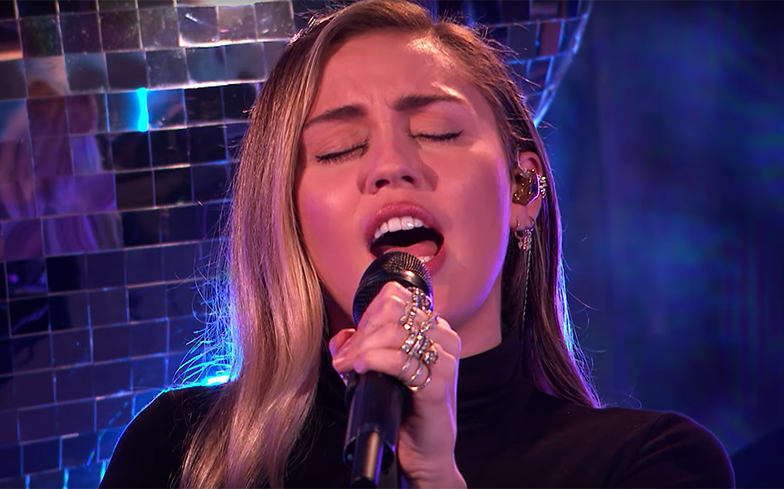 The American performer teamed up with hitmaker Mark Ronson on BBC Radio 1 Live Lounge for a rendition of Ariana’s 2018 single No Tears Left to Cry, and it’s everything we ever wanted and more.

The two also performed their acclaimed country-disco collaboration, Nothing Breaks Like a Heart, which recently charted at number four on the UK Singles Chart.

Watch the two incredible performances below.

Last week, Miley Cyrus opened up about her gender identity in a brand new interview.

In a conversation with The Sun, the American singer-songwriter said: “I really do feel kind of just gender neutral, so I hate to just get on this, like, kind of feminist rant because I’m also a humanitarian.

“I’d rather focus on human rights and men also feeling super comfortable with themselves, just everyone feeling comfortable.”

Miley has been very open with the fact that she identifies as pansexual and gender fluid.

In an interview with Paper, she said: “I am literally open to every single thing that is consenting and doesn’t involve an animal and everyone is of age. Everything that’s legal, I’m down with.

“Yo, I’m down with any adult — anyone over the age of 18 who is down to love me. I don’t relate to being boy or girl, and I don’t have to have my partner relate to boy or girl.”

Last year, she once again opened up about her identity to Billboard Magazine.

She explained that she asked her fiancé, actor Liam Hemsworth: “Do you like being a boy?”

He reportedly responded, “I don’t really think about it,” to which she admitted: “And that’s crazy to me, because I think about being a girl all the time.