Fanny & Stella is bursting at the seams with brilliance – review 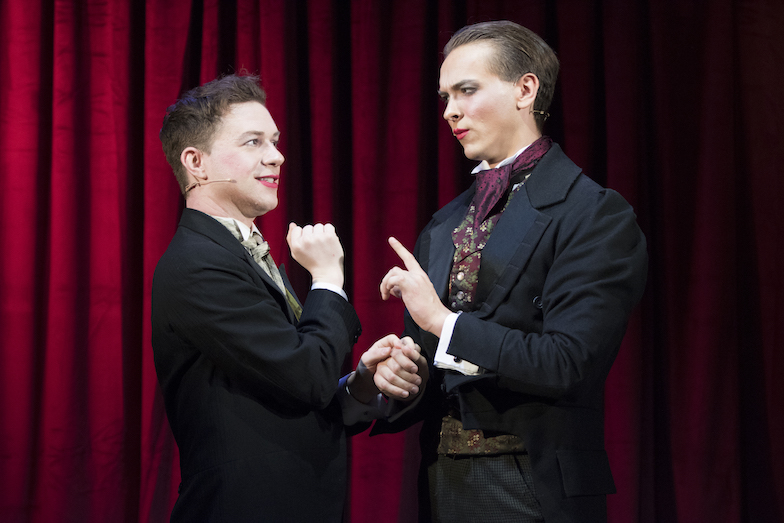 Fanny & Stella is an hilarious musical that tells the shocking true story of two Victorian transvestites who were put on trial for sodomy.

First performed at Above the Stag theatre back in 2015, Fanny & Stella proved to be a massive hit and it’s a joy to see the piece resurrected and let loose in the new improved venue, bigger and better than ever. This is a tale told with outstanding wit, skill, and fabulous frocks – a musical melodrama that wears its heart on its petticoat.

Glenn Chandler’s script is intricate and beautiful, and robust enough to juggle moments of straight-laced stagecraft with out and out lipstick slapstick. And songs like Sodomy on the Strand and Has Anyone Seen My Fanny? complete this heady mix of hysterical historic histrionics.

There’s sterling support from Christian Andrews, Tom Mann, and Blair Robertson as our protagonist’s lovers and admirers. And a splendid turn from Mark Pearce who shines in a dozen or so smaller parts, including that of a really quite extraordinary Scottish landlady. Director Stephen Dexter has the whole cast working in harmony to produce something really special.

Lighting by Chris Withers and set by David Shields add to the period perfection; clever use of a pair of wooden closets adds interest throughout, and provides a quite special lump-in-the-throat moment at the conclusion.

Relentlessly entertaining and bursting at the seams with brilliance. Still one of our favourite shows. And with this on in the main theatre, and Jonathan Harvey’s Boom Bang-A-Bang playing concurrently in the studio space, this is one of the strongest line-ups ever from Above the Stag. Long may they reign as the queens of queer theatre.