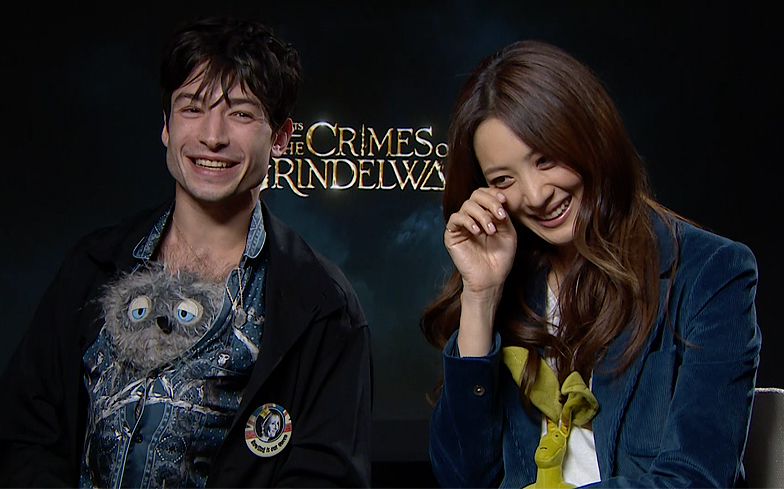 The very notion of witches and wizards plays into the concept of gender roles, which got us thinking how interesting it would be for a movie franchise like Fantastic Beasts to explore what it would mean to be a non-binary magical person.

It’s an idea we put to The Crimes of Grindelwald star Ezra Miller, who recently opened up about being gender non-conforming themselves.

“We’ve got them,” Ezra told Gay Times, with a stuffed owl shoved down their shirt no less. “If you look at Fantastic Beasts, a lot of those beasts are non-binary. Like a Lethifold. What’s the gender of a Lethifold? I challenge you that!

“In terms of a human character… yeah, that would be amazing.

“There’s so much in so many mythologies like the metamorphmagus – you start to think about, like, transfiguration, transmutation.

“A lot of the esoteric practices have really old understandings of queerness – the four genders in Navajo, or the two-spirit in Lakota society, all of this stuff.

“I feel like a lot of the time in the LGBTQIA++ community we think a lot about what we’re doing as brand new, which is true in this time. But then it’s so comforting to remember that we’re also bringing back the wisdom of the ancients.”

Ezra reprises their role of Credence Barbone for Fantastic Beasts: The Crimes of Grindelwald, which is in cinemas on 16 November.

Watch the video above to hear the actress recall briefly speaking to JK Rowling about how to portray the character during a time before she becomes a servant of the Dark Lord.