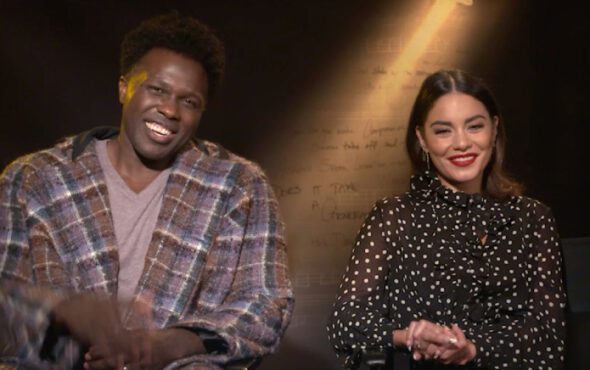 Vanessa Hudgens and Joshua Henry have praised Tick, Tick… BOOM! for having one of the “most diverse” casts in history.

Directed by Lin-Manuel Miranda, the film is based on the semi-autobiographical musical of the same name by the late Jonathan Larson, who is best known for writing and creating the iconic rock musical Rent.

Andrew Garfield leads Tick, Tick… BOOM! as the late theatre composer and takes place in 1990 as Larson balances his job at the Moondance Diner in Soho while preparing for a workshop of his musical Superbia.

It also examines how the HIV/AIDS epidemic started to ravage the gay community in New York and how queer talent weren’t – and still aren’t – afforded the same opportunities in the industry as their heterosexual counterparts.

Hudgens, who has an extensive background in musical theatre thanks to roles in High School Musical (2006-2008), Grease: Live (2016) and, funnily enough, Rent: Live (2019), hails Larson as a “prophet” and “ahead of his time” for writing characters that weren’t just cisgender and white.

“The characters that he put at the front and centre of all of his work, people from the LGBTQ+ community, they were his most valued friends and he made sure he was telling their stories because it was a tough time,” Hudgens tells GAY TIMES.

“It was a time where it wasn’t necessarily acceptable. He always fought for what was right and what he believed in. His community was everything to him. I feel like, as theatre people, we can really relate to that.”

Henry, a Tony Award nominee for his role in 2010’s The Scottsboro Boys, says Miranda is now following in the footsteps of Larson with “the way that he casts” his productions, such as In the Heights and Hamilton.

“We were on the red carpet last night and it’s one of the most diverse casts I’ve ever seen,” says the star. “Every orientation, every walk of life. To be in that community is a true reflection of what it’s like to be an artist.

“When you get into a room, when you work on a piece of art, that goes away. We’re unified by a piece of art, but we’re enriched by everyone’s diverse presence in the room. I’m glad that Lin also did what Jonathan did when casting in this film.”

Tick, Tick… BOOM! is now available to stream on Netflix.