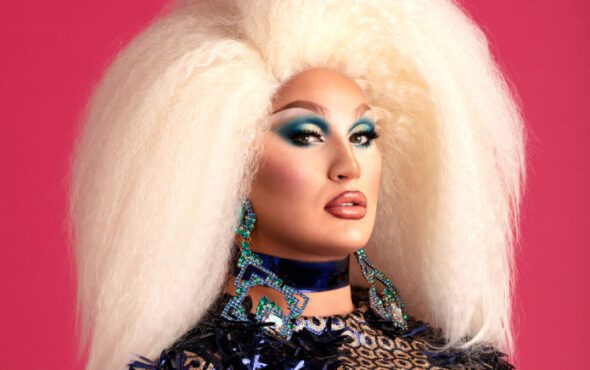 Speaking exclusively to GAY TIMES, Drag Race UK’s very first winner The Vivienne has revealed who she thinks will snatch this season’s crown.

The highly anticipated third instalment of RuPaul’s Drag Race UK premieres on 23 September, with 12 fierce queens battling it out for the title of the country’s Next Drag Superstar.

The Vivienne is one of the franchise’s biggest stars, having been named the first UK RuPaul’s Drag Race ambassador in 2015 before her historic win on the show.

“It completely changed my life, I’ve carved this huge TV career out of it which I’m so lucky for,” the Liverpool-based queen told GAY TIMES. “There’s always this kind of thing, you go on Drag Race and they’re like ‘you’ve only got 12 months, you need to make it in the 12 months’ and luckily for me season three’s coming about and I’m busier than ever.”

The Vivienne added that doing Drag Race is the equivalent of “being offered the biggest promotion you could ever want” for a drag performer and that it is “the best thing I ever did.”

“I just can’t believe season three is here already,” she explained. “It’s insane, it feels like yesterday I got cast on season one and now the season two girls are out there in the world and season three are getting ready to air.”

After snatching the crown on the show’s inaugural season in 2019, The Vivienne knows what it takes to emerge as the winner and told GAY TIMES who she thinks can do it this time around.

“I love a queen who can look fabulous but also be on stage and give me a good show, I don’t care if you look like Naomi Campbell or Heidi Klum. If you can look great, that’s fabulous, if you’re shite on stage, who cares?”

“I’m a big Drag Race fan, so It was absolutely brilliant to meet RuPaul and Michelle Visage – and I loved the very-kind-to-old-ladies’ lighting,” Burke says of her upcoming appearance.

Girls Aloud singer Nadine Coyle has also been confirmed to appear during Snatch Game, who fans have been eager to see join the lineup since the UK edition launched.

The Sound of the Underground star said it was “great to be part of the show. I met my long-time love Ru and I got to see the new season’s queens up close”.

Season three of Drag Race UK will arrive on BBC iPlayer on 23 September and The Vivienne will be appearing on ITV2’s Karaoke Club: Drag Edition which airs on 26 September.