Exclusive: Raven reveals the moment she was “going to leave” Drag Race All Stars 1 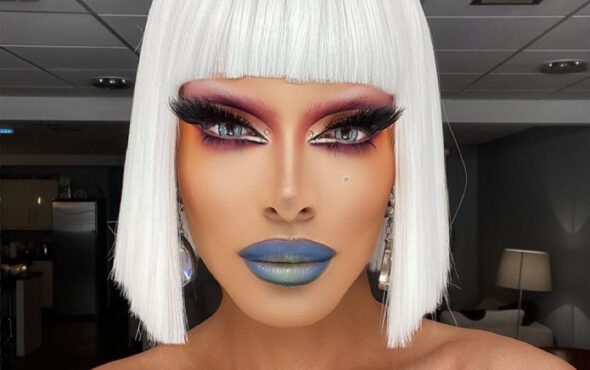 In an exclusive interview with GAY TIMES, Raven spills the T on the moment she was “going to leave” All Stars 1 and her favourite look in Drag Race herstory.

Raven first appeared on season two of RuPaul’s Drag Race back in 2010 where she finished as runner-up and cemented her legacy as one of the fiercest competitors in the show’s history.

Two years later, she returned for the first-ever season of All Stars where she was partnered with her season two sister, Jujubee.

In the penultimate episode of the season, the two were made to lip-sync against each other to Dancing On My Own by Robyn in what has since been recognised as one of the most emotional moments in all 13 seasons of Drag Race.

“I remember thinking, I don’t want to stay,” Raven tells GAY TIMES. “I was ready to go and I was heartbroken that I was put in the situation to actually lip-sync against someone I love, but then to know, oh my time here is done.”

Before RuPaul declared a rare double shantay, Raven explains that she “was going either way” – either by being eliminated or quitting to save Jujubee.

She says: “I knew I was going either way, whether I was told ‘shantay you stay’ or Juju was, I was going to leave.

“So, it was difficult and I was wearing a very tight corset. I remember I didn’t wear my tights that day because I wanted my butt to look really, really big because it was comic book [themed].

“I remember it was very hard to breathe because I was so pained by having to do this and then that song… And, I had done that song many times in my shows at clubs by myself because I love the song but then to actually do it there was like, Jesus Christ, I don’t want to, please don’t make me do this.

“So, I was ready to go, I wasn’t ready to go, but when I knew we were up for elimination I said, oh well I’m going to leave.”

Since her time on Drag Race, Raven has gone from strength to strength in her career.

She has served as RuPaul’s makeup artist since season nine – something that earned the star her first Emmy Award – and since 2014 has co-hosted Fashion Photo RuView alongside season three winner, Raja.

She has also just launched her own makeup reality competition series, Painted with Raven, which sees the queen search for the next makeup artist sensation as they compete from the comfort of their own homes.

Looking back in hindsight with all of the makeup experience she has built up over the years, Raven tells GAY TIMES that during her two days off while filming season two, she would tan by the pool – which resulted in some unfortunate results when she watched the show back on television.

She says: “So, I’m going out to the pool, I think it was Wednesday and Sunday, I would lay out by the pool and by the time we get to the end of the show – I had one type of foundation with me – and by the time we get to the last episode, you can see where my foundation is way too light and I’ve got this glow and I’ve tanned and I was like oh my gosh, why didn’t you bring more options or why didn’t you warm that up?”

Despite this, Raven sees it as a learning curve as competing on Drag Race does require acting “foolish” at times.

“But, you look back and you go, those are the times when you look at the challenges, those are the times when you act foolish and not be glamorous,” Raven explains. “The thing with Drag Race is they know you’re beautiful, they know when you walk the main stage you’re going to present something glamorous and beautiful for them to look at, but when you’re in those moments where you’re doing the challenges, it’s time for you to be foolish, act nutty, do something you wouldn’t do and just have fun with it.

“And I was so still set in my mind that, oh I just need to be that fierce queen that I have worked so long to get together for the last eight years leading up to that, that I lost sight of the fun aspect of it – and now I realise, you know what, who cares?!”

When asked about her all time favourite look in Drag Race US and All Stars history, Raven’s mind quickly turns to Raja.

“All Stars or US, All Stars or US,” she considers. “I would say Raja’s robot on season three. That’s probably one of my favourites. Yeah, I’m going to go with that one. But there are some looks that will be coming out soon over here in the US that are going to make you go, I just wet my pants.”

Catch Painted With Raven every Thursday exclusively on the streamer of all things drag, WOW Presents Plus. Subscribe by clicking here.