Exclusive premiere: Sofi Tukker are back with another banger in Good Time Girl music video 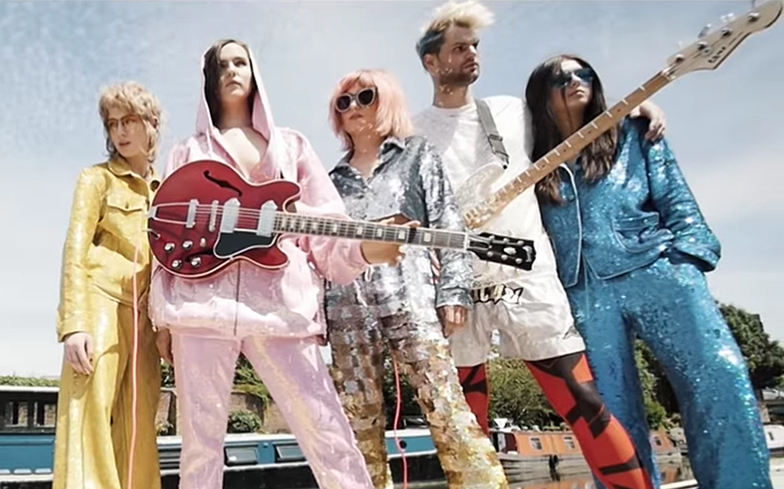 Sofi Tukker are back with another banger – and a psychedelic music video to boot.

You’ll probably recognise the NYC-based duo from their signature song Best Friend, which featured in a recent iPhone X advert (and has over 23 million views on YouTube… no biggie), but they’ve got a whole catalogue of club anthems to explore.

We’ve been a tiny bit obsessed with their debut album Treehouse since its release earlier this year, in particular the thumping dance-pop track Good Time Girl – and Gay Times has the exclusive premiere of its music video for you right here.

To celebrate the release of the new clip, we spoke to Sofi Tukker about the inspiration behind the song, their love for queer culture, and their upcoming collaboration with Brazilian drag artist Pabllo Vittar…

Where did the inspiration for the song Good Time Girl come from?
This is a really personal, tongue-in-cheek song about navigating this nebulous thing called a ‘casual relationship’.

The music video looks like it was a lot of fun to film. How did that concept come about?
We made this video really DIY with our friend Charlie Barker, who is on the song! It’s filmed on her houseboat in London, where we were just playing around one beautiful day!

Where does your love for music come from?
Music is everything! It is connection, it is community, it is movement, it is vibration. It’s expression. It’s joy and presence. Haha we could go on!

When creating music together, who takes on which roles and do you ever clash over ideas?
Tuck is usually at the computer and Sophie with the guitar and notepad, but we are super collaborative about everything we do and we like to blur the lines on who does what.

Your music has very queer undertones to it, is this intentional?
We really identify with the queer community because of how much it revolves about being yourself, especially when that means going against the grain. It is so joyous and uplifting – and so great for creating!

So you’re working with Pabllo Vittar, who we love at Gay Times. What can you tell us about that?
We just made a remix and video with Pabllo and she is definitely the most unbelievable performer and presence we have had the honour of witnessing. She is such a star. She is so hard working, generous, and heart felt. We love her and we can’t wait to release our work with her!