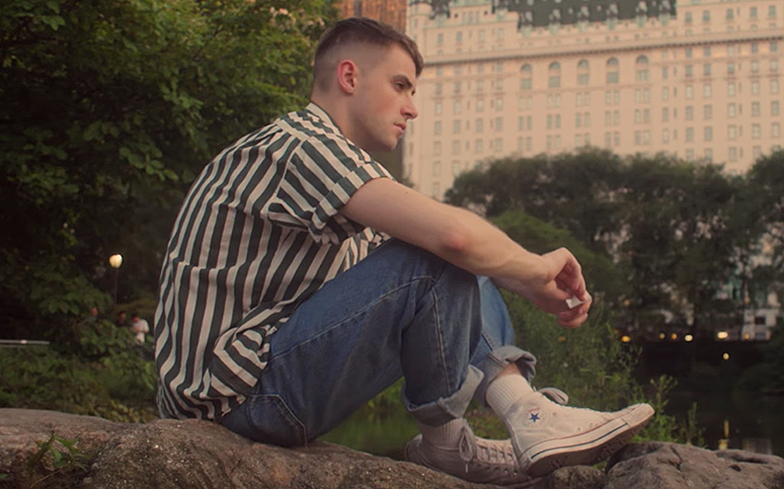 Saint Sister have released the emotional video for latest single You Never Call.

The Irish indie-pop duo, made up of Gemma Doherty and Morgan MacIntyre, are preparing to release their debut album Shape Of Silence on 5 October, but ahead of that, they’re sharing a brand new music video – and you can watch it exclusively here with Gay Times.

Set to the soundtrack of their signature folksy sound, the music video tells the beautiful story of a relationship between two men, one in Dublin and the other in New York City, as they deal with the difficulties of long-distance romance.

To celebrate the release of the new clip, we spoke to Saint Sister about the inspiration behind the same-sex romance in the music video, LGBTQ rights in Ireland, and their upcoming debut album…

We love the new video! Where did your inspiration come from?
We were very lucky to work with Ellius Grace on the video. He pitched the idea to us and we absolutely loved it. It was such a pleasure following his filming process and we are delighted with the final cut. Watching it for the first time was quite emotional!

Why do you think positive representation for the LGBTQ community in media like this is so important?
It’s important for any marginalised group to feel positively represented in the media. Unfortunately most media does not reflect the diversity in our society. That kind of narrow representation is harmful for everyone, but especially those who’re often left out of the mainstream narrative. Is equality for the community something you’ve always felt passionate about?
We’re passionate about equality for everyone. Over the last few years we’ve watched our country take incredible strides forward in the name of equality. We were the first country to legalise same-sex marriage by popular vote in 2015, and just this year we successfully repealed the 8th amendment and paved the way for the legalisation of abortion.

Your debut album is out in October, how excited are you?
We can’t wait to get this album out into the world and tour it over the next few months. It very much follows on from the material that we’ve released before, although hopefully there is a progression in the writing. And some of our older songs have a place on there too.

Watch the music video for You Never Call below.