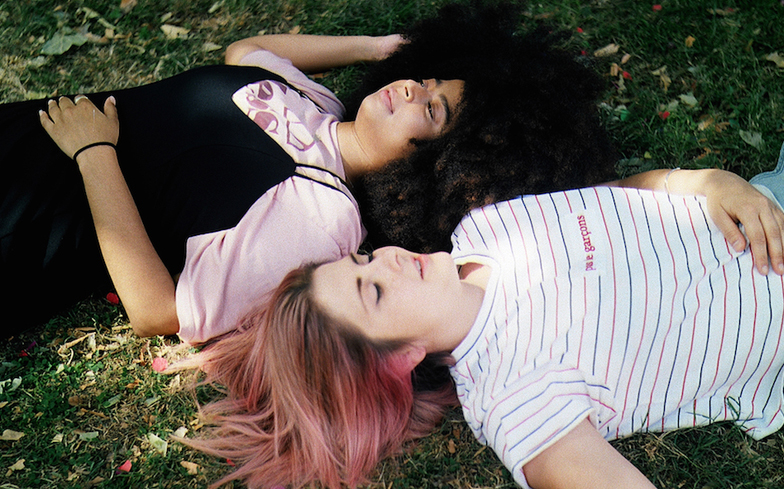 If you’re not on the Emily Burns hype train yet, now’s the time to get on board.

The 23-year-old British singer-songwriter will release her debut mini-album Seven Scenes From The Same Summer this Wednesday, and Gay Times can exclusively premiere one of the brand new tracks.

Vanilla Sundae is a same-sex duet with Olivia Nelson, with its sentiment centring around that of missing someone very close to you.

“When I originally wrote Vanilla Sundae, I didn’t intend for it to be a duet,” Emily tells Gay Times. “Then when I looked at the story that runs throughout it, it felt like it was calling out for another voice to sing the second verse and tell their side to the story.

“It’s about missing someone and wishing you could spend one more Sunday with them, with nothing to do but be with each other. Hearing Olivia’s voice singing it felt so perfect. It really was one of those goosebumps moments.”

Emily is the lead songwriter on all seven tracks on her new mini-album, writing of days of falling in love, and the heartache that comes with it all crashing down. The collection features her previous tracks Bitch, Girlfriend At The Time, and Cheat, which have so far amassed over 5 million streams since the start of the year.

Seven Scenes From The Same Summer will be available to download and stream from 25 July.

What’s more, Emily will release the songs on a limited edition pink vinyl, which you can pre-order here.

If you want to catch this fast-rising talent soon, her upcoming live dates are as follows: