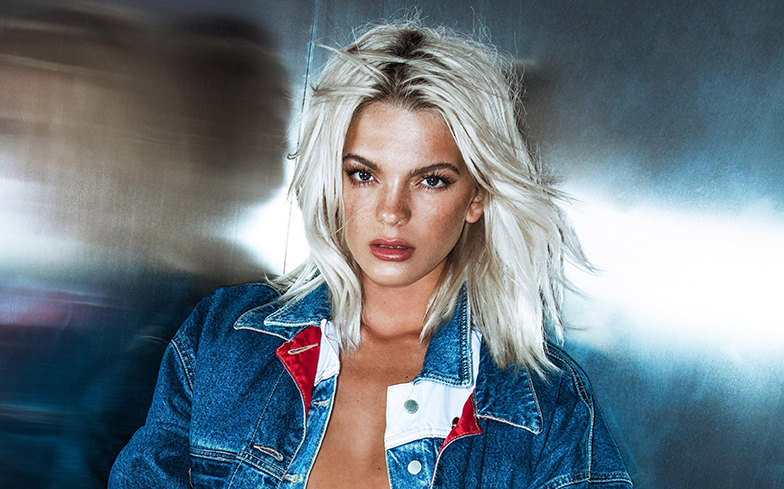 “My gay fans have always been there for me, and I know they always will be. I feel so lucky.”

If you’re a pop music fanatic like us at Gay Times, then you should know that Louisa Johnson has just dropped YES – featuring 2 Chainz – the biggest pop anthem of 2018. Remember how you felt when you listened to Into You by Ariana Grande, Run Away with Me by Carly Rae Jepsen, and Lush Life by Zara Larrson? Yeah, it’s like that.

Since Louisa became the youngest X Factor winner in history, she’s supplied banger after banger with singles such as So Good, Tears (with Clean Bandit) and Best Behaviour, the latter of which charted at a blasphemous 48 on the UK Singles Chart.

Now she’s back, and ready to conquer the pop music world. Here, we sit down with Louisa to discuss gay fans, Christina Aguilera, and which song she’s scrapped from her upcoming debut album…

Hi Louisa! We’ve been playing YES in the office on repeat. I was unsure if you’d be able to top Best Behaviour, but…
I know right?!

What’s the story behind the song?
I just wanted to express myself a little bit more, and the way I do that is through music. I was just wanted to be more open and honest, and wanted to have fun, and make sure it’s a real representation of me. I’ve loved every single song I’ve made so far, but this is my favourite because I’ve been so involved in the process. It’s got an element of early 2000s, nineties vibe, which I like. It’s the kind of music I listen to, which is why I think I’m so attached to it.

There’s a bit of Christina Aguilera in there… Is she a big inspiration of yours?
Yeah, definitely. Stripped is my number one album. I feel like it’s everyone’s!

How did the collaboration with 2 Chainz come about?
We put the song out to a few of my favourite rappers. He was the first person that came back, so we just kind of stuck with him. He said how much he liked the song, and that he wanted to jump on it right away. It was pretty random but amazing! When I got the call back, I couldn’t believe he would want to be on my song! It’s crazy.

When will the video be released?
Not at the moment. I’m hoping it shouldn’t be too long after the song. I had the first edit back the other day and it’s looking really great… The video is too good. I don’t want to give anything away, but everyone will remember it.

Is it your favourite video so far?
Definitely!

How is work on your debut album coming along?
Really good! I’ve changed my direction of music a little bit. Just so I can be a bit more attached to it, and so I can feel it a bit more. I’ve also grown up a lot in the past year, so I think it’s natural for things to change. It’s going really well, and everything’s fallen into place. We’ll have a few more songs out before the album.

Will it be released this year?
Yeah, and I know I’ve said that every year (laughs), but I’m pretty sure it should be!

So Good, Best Behaviour and YES are all vastly different. Will the album have an eclectic mix of sounds?
Yeah, definitely. The songs that I’ve been writing recently are very personal, which I was always afraid to show before. It’s a weird situation going into a studio and talking to someone about your life! I didn’t really know how to get to grips with it, but now I just want to make music that people can feel.

So, is going into the studio like therapy?
Yeah, it is! You go in there and cry, laugh, dance. You never really know what you’re going to get.

Will there be some ballads on the album?
100%. We can forget about Forever Young, there’s so many better ballads than that one!

Is Forever Young going to be on the album?
No! (laughs)

Who have you worked with on the album?
I’ve got a few collaborations, which I won’t give away. I’ve worked with some amazing producers, like Camille Purcell, who’s worked a lot with Little Mix. She is amazing, and a really good friend of mine, which is why – I think – this song came so naturally, and felt so right.

What are the biggest challenges you’ve faced in the music industry since winning X Factor?
I didn’t really know who to be. I had this impression in my head that I had to be a certain way, and people had to perceive me in a certain way. In real life, nobody is perfect, and the more I get older – especially in the past few months – I realised that I need to be myself. It’s not like I wasn’t being myself, but I just felt like I couldn’t. I was trying to be this perfect person, but everyone sees through it. Now I just think, ‘it is what it is, take me for who I am’. Not everyone is going to like you, and all I want to do is make people happy through my music and have fun, and enjoy life!

When it comes to social media, do you think your gay fans are the most passionate about your music?
Yes! 100%. I’m so grateful that they’re still here, waiting for it. It’s been so bloody long! They never let me down. It’s lovely to have that support. You do sometimes doubt yourself, and you always worry about what is going to happen, but my gay fans have always been there for me, and I know they always will be. I feel very lucky.

Us gays, when we like a pop diva, we stick with them!
Exactly! And I thank you for it! (laughs)