Exclusive: Gossip Girl stars want ‘all the OG characters to return and be queer’ 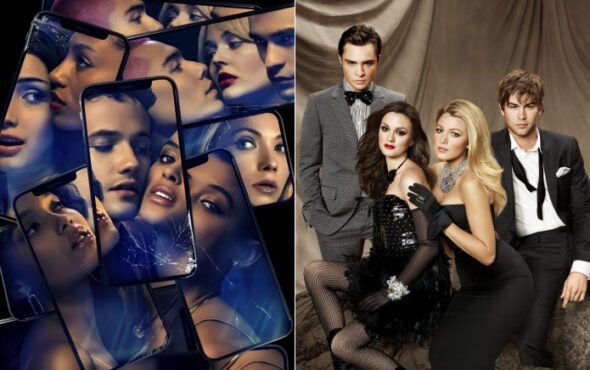 In an exclusive interview with GAY TIMES and other media, the actresses gushed over the original cast – which include Blake Lively, Leighton Meester, Chace Crawford, Penn Badgley and Ed Westwick – and expressed interest in their characters coming back as queer.

Lind, who plays bookworm Audrey Hope in the reboot, said: “I wanna see all of them do it again, but everyone queer. That would be so fun. Our show is very queer, there can always be more!”

Smith, the star behind the manipulative Monet de Haan, added: “Always more queerness to be had.

“We’ve talked about it a lot, but the queerness in the show is approached in a really cool and authentic way, which is so refreshing. They don’t make us stamp our characters’ sexualities on our foreheads, which I think really reflects how we exist and talk about sexuality in our own friend groups.”

The HBO Max reboot takes place eight years after the original series and focuses on a new crop of privileged and highly-attractive teenagers in Manhattan’s Upper East Side, who are introduced to the social surveillance of a brand new Gossip Girl.

Although the original received critical acclaim throughout its run, it has been criticised in retrospective reviews for its lack of racial diversity and representation of the LGBTQ+ community. One of the only characters to identify as queer was Eric van der Woodsen (Connor Paolo), albeit in a recurring capacity.

Before the reboot premiered on the streamer in July, showrunner Joshua Safran – writer and producer of the original series – revealed that a majority of the new characters would be “diverse and/or queer” to reflect the world we live in today.

In just a couple episodes, Safran lived up to his promise. Thomas Doherty’s fan-favourite playboy character, Max Wolfe, was revealed to be pansexual and embarked on relationships with Audrey, Akeno “Aki” Menzies (Evan Mock) and Rafa Caparros (Jason Gotay), one of the teachers at Constance Billard.

Lind, known for roles in The Babysitter and Doctor Sleep, continued: “I think we’ve just been longing for it for so long, to see queer relationships represented right, especially for kids. ‘I’m seeing it in my neighbourhood, why am I not seeing it on screen?’ It just feels right and it’s surprising that it wasn’t like that before.”

She went on to say that the original series “would’ve been so much better” if it had more queer characters, adding: “Sexuality is such an important part in a teenager’s life and also, with Gossip Girl, you can make it so enticing.”

Smith continued: “And that’s what we’re doing now, and I think it reads really well. It’s also very important to represent queerness in this way in the environment that we’re in. We’re in a private school, you know? The first six episodes of the reboot are now available to stream in the UK on BBC iPlayer. The second half of the first season premieres in November.