The third and final chapter in the Fear Street trilogy has only just been released, yet Kiana Madeira and Olivia Scott Welch are already planning their comeback… 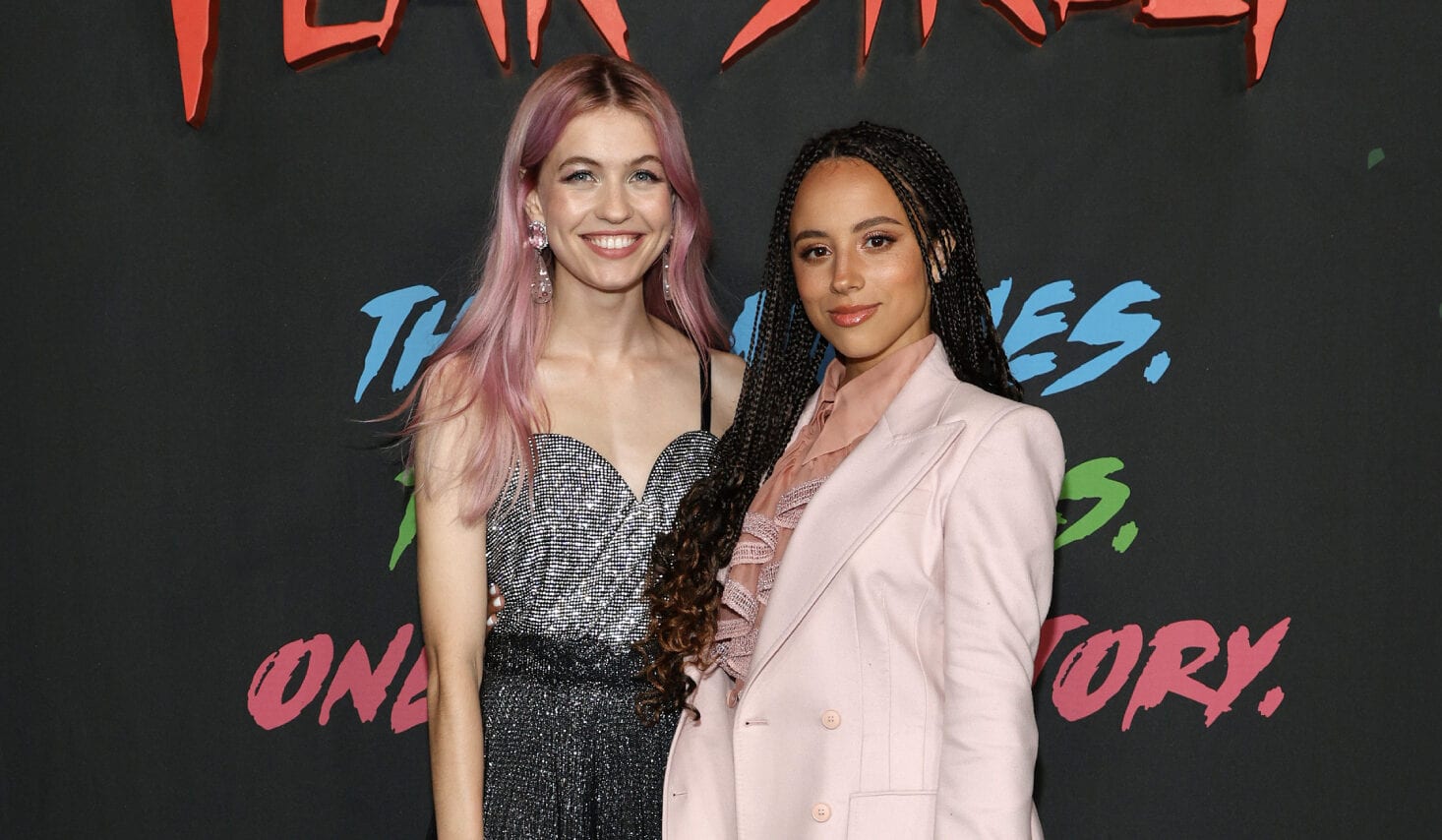 The horror genre received a much-needed queer makeover this year with the arrival of Leigh Janiak’s blockbuster trio of Fear Street films, based on R. L. Stine’s beloved teenage novels of the same name. The fantasy-slashers, released over a span of three weeks on Netflix, stars Kiana Madeira and Olivia Scott Welch as Deena and Sam, star-crossed lesbian lovers who try and break the ancient curse that has doomed their hometown of Shadyside for centuries.

While the series has received widespread critical acclaim for its performances, writing and entertainment value, it was ultimately Madeira and Welch’s groundbreaking couple that was singled out for praise by critics and viewers due to the notorious lack of mainstream LGBTQ+ representation in the horror genre.

With all three Fear Street films finally available to stream worldwide on Netflix, we spoke with both of the rising stars about the impact of Shadyside’s resident queer couple, how they would’ve personally handled the horrors of Sarah Fier and whether Deena and Sam will return for another blood-splattered adventure…

How does it feel to be the faces of the queerest horror trilogy ever?

Olivia: It’s genuinely such an honour. Watching the movie come out was so incredible and the response we’ve been getting from the queer community is so cool and positive. Everybody has such a good sense of humour with the movie, and it makes me so proud. It’s been the best time ever.

Kiana: Just like Olivia said, it’s honestly such an honour. From day one, we knew that we were creating something different and unique; something that hasn’t been done before, especially in this genre. Seeing the response so far has been so wonderful. On social media, all the edits that people make for Deena and Sam… I just feel like our empathy and compassion for these characters continues to grow throughout all the different stages of filming, post-production and then it being released. It’s been an incredible experience.

It’s pretty rare for a horror film, let alone a horror trilogy, to have a queer relationship at the forefront. Going into Fear Street, were you aware how groundbreaking this would be for both the horror genre and LGBTQ+ visibility?

Kiana: Yes. From the beginning, I was aware that it was going to be so groundbreaking. Just the fact that it’s a horror trilogy and all three scripts are cohesive, it’s three movies that are telling one big overarching story. The fact that it’s centred around a queer love story, the fact the protagonists, some of them, are people of colour… There’s so many things that make these movies groundbreaking and the scripts are so well written that, when we received them, we could tell it was going to be something really special.

Olivia: I am such a huge movie fan and horror fan, so I knew going in that I hadn’t seen a movie like this, where two queer women are the lead and they’re heroes and also save the day. So, I think we both knew that was really special going in. It was something that we were all going to cultivate and love and take care of in the movie. You never know what the response will be, and so I think seeing the response, it’s been even greater than I could’ve even imagined. I think it’s the Netflix effect of it, where so many more people are getting to see it. It’s such a blessing to the movie because we were trying to make something very loving and put something positive out there. The fact it’s on such a big platform is the craziest, coolest thing ever.

What did you both do off-screen to make sure the relationship between Deena and Samantha was as authentic as possible?

Olivia: We had a really long chemistry read for our last audition – it was like six hours. Kiana and I worked with our director, Leigh, for such a long time, which was very special. We got to go in, filming the movie, knowing that we trusted each other and could work together so well. We also communicated so much when we were filming. We sat and talked about Sam and Deena, like, ‘What were they like before the movie started? Why did they fall in love?’ because you didn’t get to see all of that. Kiana is the best actor ever in the sense of communication and giving you everything you could possibly want. She’s fantastic, and I thank you for that!

Kiana: You too! You’re the best too. I think you said it so well. We knew that we had chemistry because of the chemistry read. It’s something that you can feel when you’re working with another actor, and you’re not always given a safe space to explore that chemistry. Because we were always communicating and Leigh, our director, was always communicating with us as well, we felt like we were in a safe space to try things and explore that chemistry that we have. That was such a blessing because it did feel really safe and that’s what these characters deserve. 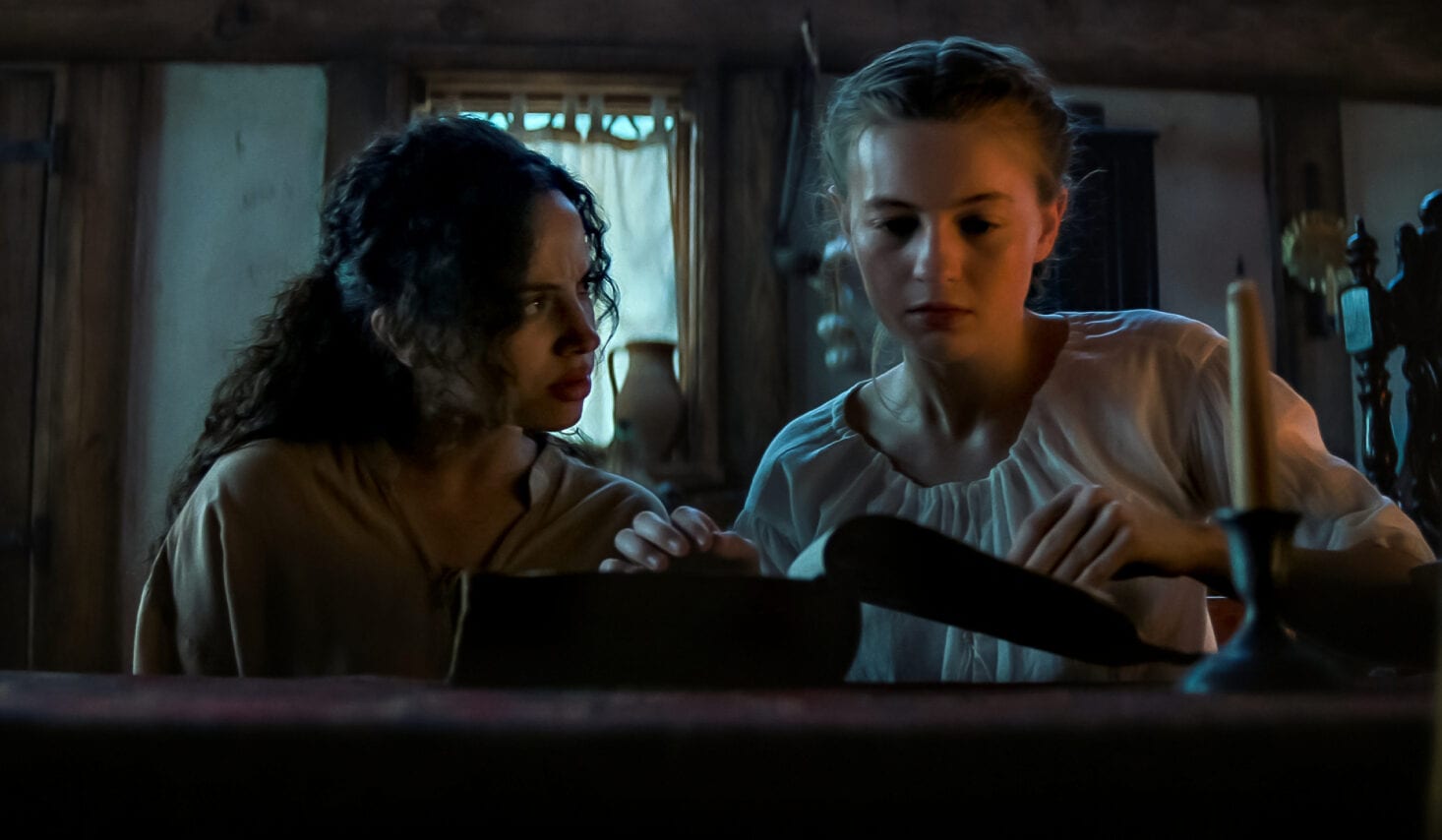 You both play more than one character throughout the trilogy. What was it like embodying one character set in 1994 and then another in 1666? I mean, that’s 300 years apart!

Kiana: As an actor it’s dream, honestly, to be able to play different characters in the same world, essentially telling the same story. So, it was really fun, especially jumping through different periods of time. We weren’t playing different characters in the same time period, we got to go back 300 years and tell the origin story. I also think the scripts were so well-written because, I’m sure Olivia will say the same, our character in the 1600’s mirrored our characters in 1994 in beautiful ways. At the same time, they were different. It was such a joy to be able to have these well-rounded characters through history and really dive into them as actors.

Olivia: Definitely. It was a dream as an actor. For me, I got to play three different people. We did 94 first and I feel like I created Sam, and then from Sam, created a spiderweb of these two other characters. I feel like everyone was so committed to their different characters, so it made filming the third one so cool because everyone was so thoughtful with their approach. It was such a wonderful time.

When I watch horror films I always think to myself, ‘What would I do in this situation?’ How do you think you both would have handled the horrors of Sarah Fier and Shadyside?

Olivia: Oh my god, I hope I’d survive. I feel like I’m always on the lookout for immediate danger. I think if Sarah Fier’s curse landed on me, I’d immediately realise. I’d be like, ‘Let’s go. I’m jumping into action.’

Kiana: I would want to be paired up with you Olivia in real life, for sure. I think you’d have it on lock! I think I’d be in denial for so much of it like, ‘No, guys! Let’s stay positive, this isn’t really happening. We must be dreaming right now.’

Olivia: You’d totally think it was just a lucid dream!

If the opportunity arises, would you be open to reprising your Fear Street roles for a potential fourth film?

Olivia: I definitely would! I was just talking to Leigh about this. I said, ‘Whatever you do, let me know. I’ll be pissed if I’m not included!’ I am so down to keep being in these movies.

Kiana: Yes. I agree. I would absolutely love for there to be more movies, especially seeing everyone’s response. There have been people online who have said, ‘I can’t wait to watch part three but I also don’t want it to be done.’ They’ve spoken, we need to make more! We gotta get it out there.

Kiana: We’ve been so spoiled with the release, week after week after week. So now, even if we film more, I feel like the audience is gonna be like, ‘No, we need it now! You should’ve been filming already.’ We’ll figure it out for everyone out there… 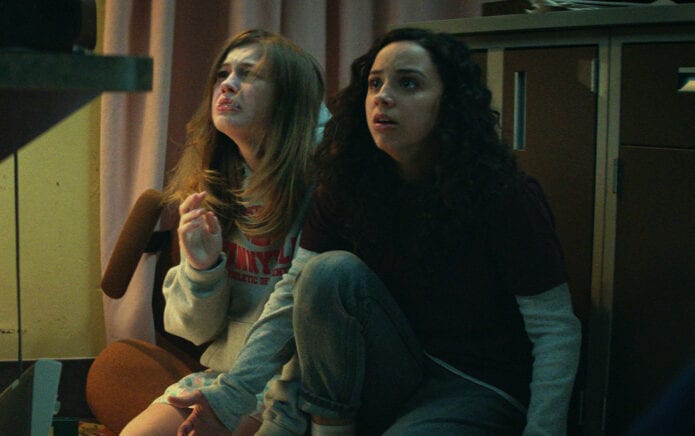 Kiana Madeira and Olivia Scott Welch, the stars of Fear Street, have praised the horror trilogy for 'centring around a queer love story'.