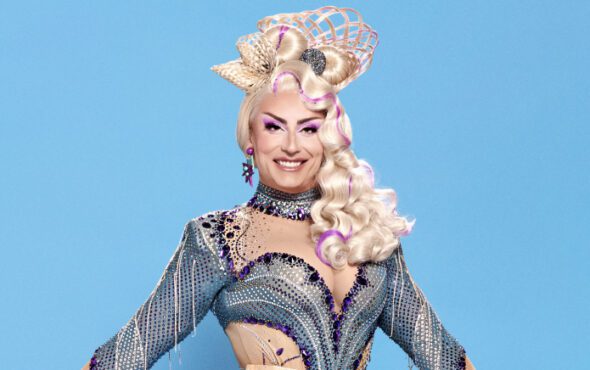 Next week (23 September), the self-described “beast from Dagenham East” will make her debut on the series as she sashays into the werkroom alongside 11 other fierce competitors including Victoria Scone, who makes herstory as the franchise’s first ever cis female competitor.

Because of Victoria’s inclusion, Ella said season three of the British spin-off “pushes the boundaries of Drag Race,” before describing the upcoming episodes as “really camp, really fun, emotional and groundbreaking.”

“We’ve got the first AFAB queen,” she continued. “It’s never been done before. I’m super proud of my whole cast, they’re absolutely amazing.”

In our interview, Ella said her style of drag is “very curvy” and “hyper-feminine” because it’s the opposite to her aesthetic out of drag.

“I like it to be a big ol’ booty, tiny waist, big ol’ boobies, big hair. I like to do the glam and the stupid. I don’t take myself too seriously, but also… I do. I like to be perfect!” she explained. “I’ve always got an outfit together and look pretty polished.”

The 32-year-old entertainer has only been Ella Vaday for the past two years – but her CV is absolutely stacked. Her credits on stage include Peter Pan, Fame, Wicked, Book of Mormon and Joseph and the Amazing Technicolour Dreamcoat.

Ella added: “I think the impact I’ll bring is that you can literally embody all the things that Drag Race is, like singing, dancing, acting, comedy, looks, everything. I embody all of those things – that sounds really confident – and I’m self-taught.

“I taught myself everything. I work hard, I play hard and I perform really well.” 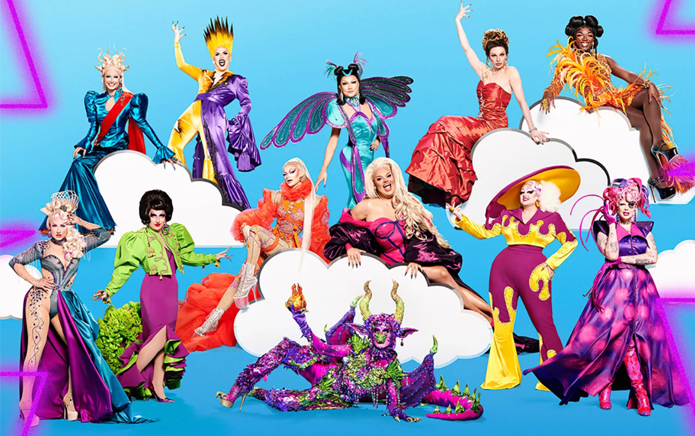 It will see the return of RuPaul, Michelle Visage, Alan Carr and Graham Norton.

Watch the first teaser trailer here or below.