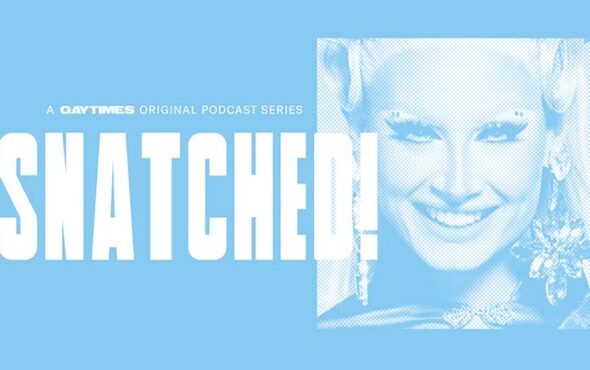 Scarlett Harlett stopped by Snatched! to discuss her elimination and her now-iconic “tiff” in Untucked.

On this week’s episode of RuPaul’s Drag Race UK season three, the top five contestants – Ella Vaday, Kitty Scott-Claus, Krystal Versace, Scarlett and Vanity Milan – raced against the clock as they served three ensembles on the runway for the Miss Fugly Beauty Pageant.

The exhilarating challenge featured a special guest appearance appearance from one of Paris and Milan’s most revered stylists, Charity Shop Sue, while Britain’s Got Talent judge (and former Mis-Teeq star) Alesha Dixon made her debut on the panel – to widespread acclaim.

After Kitty won her first ever maxi-challenge, Scarlett and Vanity battled it out on the stage to Mis-Teeq’s classic R&B anthem Scandalous, providing viewers with one of the most fierce lip-sync smackdowns in Drag Race UK’s herstory in the process.

Although she put up a good fight, Scarlett was unable to conquer over Vanity and was told to sashay away by RuPaul. Following her hilarious exit, in which she paid homage to Eastenders, Scarlett joined Sam and Umar to discuss her “rollercoaster” journey on Drag Race UK and how the episode ‘switched’ up the formula. 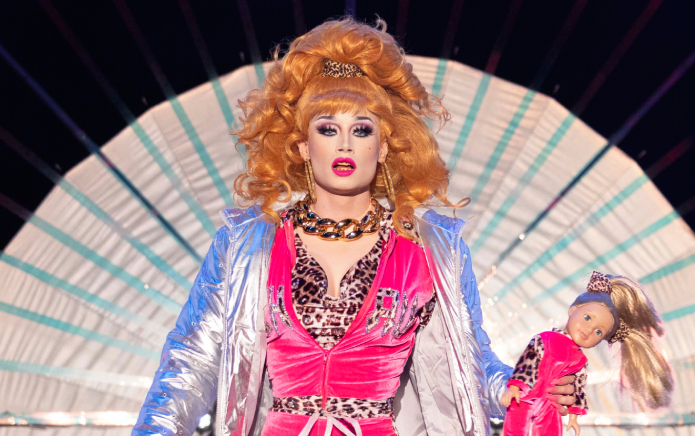 The self-described “Danny Dyer of drag” also opened up about her controversial meltdown in Untucked, which went viral online, saying: “I can understand where the fans are coming from because if I saw that, I would probably think the same. It’s difficult and I just wish fans could understand how difficult it really is.

“I reacted in a way that I wish I didn’t, but it was out of pure utter stress.”

Listen to Scarlett’s conversation with GAY TIMES about her Drag Race UK experience on the latest episode of Snatched!, which is now available on all streaming services including Spotify and Apple Podcasts.

You can also read the interview here in full.