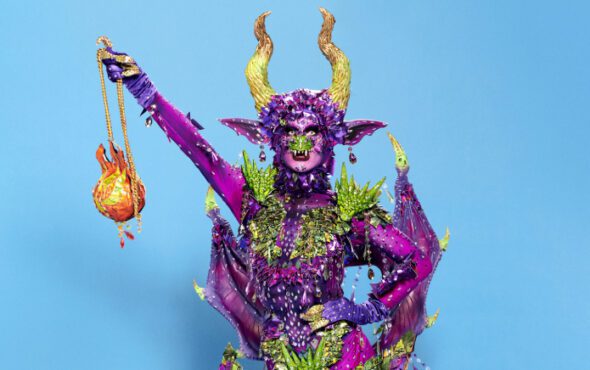 Charity Kase is not here for the comparisons to past Drag Race alumni.

The Drag Race UK star, who has been a staple in the British drag scene for years thanks to her spooky and “outlandish” aesthetic, told GAY TIMES that she’s “constantly compared” to one legendary queen in particular.

“Sharon Needles is the one that I’m always compared to,” Charity admitted. “I’m very excited to not get that anymore! I love Sharon’s drag and I love what she does, but we are on entirely different planets with our aesthetics.”

Sharon made herstory on the fourth season of RuPaul’s Drag Race as she became the first “alternative” queen to take home the crown. Throughout her time on the series, the star showcased several horror-inspired runways including her Apocalyptic Couture and surgery-inspired ensemble, the latter of which has been imitated numerous times since her stint.

Sharon also served glamour, something which Charity does not intend to do on the third season of Drag Race UK. “I like to do fantasy creatures pushed to the extreme with full-body coverage, I don’t want to look human in any way,” she said.

“If I recognize myself in the mirror after I finish my look then I fail. If my phone recognises me when I try to log in then I fail.”

Charity continued to explain of her aesthetic: “I base all my looks that aren’t from the real world. I think of my drag as a fantasy, a creation that’s not and never going to be seen again, has never been seen before and something that shocks and makes you think. Drag to me is political and it has meaning.

“I try to use my drag, not only to express myself and get my emotions out – which it definitely is and it’s really personal – but also to make people think about larger world issues. Such as beauty standards and the perception of the word ‘ugly’ for example and the depth of characters and things not being skin deep.

Charity also revealed that her “biggest celebrity crush” is American Horror Story creator Ryan Murphy and would love to collaborate with him one day.

“He’s my dream collaborator,” she revealed. “My fingers are crossed every single time a new season of American Horror Story comes out and I see the introduction video. I would fit so well in those videos. I just want to be in one of those introduction videos, that’s all I’m asking for!

“And it’s not just American Horror Story, it’s also Feud, American Crime Story, everything that he has done is so aesthetically finess-ed. It speaks to me on another level. He is one of my dream collaborators, definitely!”

Last week, it was revealed that the Oti Mabuse, Kathy Burke, Matt Lucas, Steps, Charity Shop Sue and Jay Revell will make special guest appearances on the season, which arrives on BBC iPlayer this September.