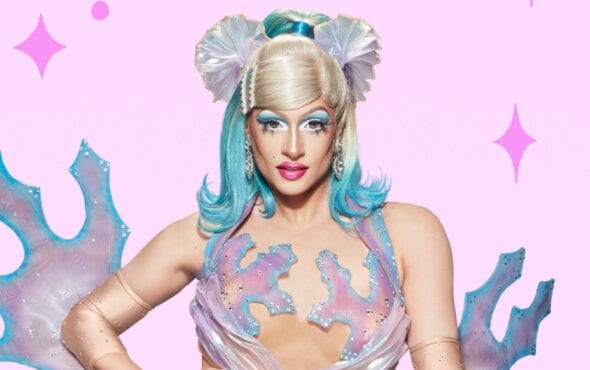 Denali has reflected on her iconic Drag Race experience.

On last week’s episode, the fan-favourite competitor received the dreaded sashay away from RuPaul after competing in a soulful lip-sync smackdown with Olivia Lux to Mary Mary’s signature single, Shackles (Praise You).

For the maxi-challenge, the eight remaining queens – Denali, Olivia, Gottmik, Kandy Muse, Rose, Symone, Tina Burner and Utica – were tasked with transforming one of their sisters into their drag doppelgängers.

Following a psychic reading from internationally renowned medium Char Margolis, Denali was paired with Olivia. Although both queens were determined to scoop another win, they fell short when compared to their competitors.

Denali’s departure was met with resistance – to say the least – from fans, who hailed her elimination as another case of a contestant being “robbed” from their place in the competition, much like Katya in season seven and Jan in season 12.

Speaking with GAY TIMES after the episode, Denali admits that the positive feedback from viewers has been the “most healing part” of her experience.

“It has been a tumultuous year and I didn’t accomplish everything I wanted to do in the show. That left a lot of wounds so to see how they have received me has been so healing, and rewarding,” she tells us.

“I am so proud of everything I did and to see the fans attaching to my authenticity. There was obviously a lot of disappointment considering how competitive I am and how bad I wanted to make it to the end.”

Looking back on her incredible run on season 13, Denali says her proudest moment is her lip-sync showdown against Kahmora Hall.

In episode four, which saw the queens overact in cheesy RuPaulmark holiday movies, Denali booted her Chicago sister out of the competition after splitting, kicking and flipping to the beat of Crystal Waters’ house anthem, 100% Pure Love.

It was one of the most compelling, entertaining and “YAAAAAS!”-worthy lip-syncs in Drag Race herstory. In the words of Bimini Bon Boulash, “Not a joke, just a fact.”

“That lip sync, everything aligned for me to put on a good show. To get those compliments from Ru, I will never forget that,” she explains, before revealing what she’s learned from her time on the Emmy Award-winning series.

“All of those things have aligned to create a stronger person and who I am today.”

You won’t be surprised to hear that Denali is planning to concoct more sickening video clips in her ice skates. (Her ice skating extravaganza to Pussycat Dolls’ classic When I Grow Up has amassed over 1.2 million views, so far.)

“I also want to travel and perform as much as I can when the world opens back up. I am also looking forward to collaborating with a lot of my favourite brands and hopefully releasing some music,” she adds.

“I am looking forward to performing on every single stage that I possibly can. I want nothing more than to meet the fans and interact with them and put on a good show and be under the spotlight again.”

On next week’s episode of RuPaul’s Drag Race, the seven remaining contestants will create and brand their own versions of soft drinks, while our reigning queen, Jaida Essence Hall, makes a virtual werkroom appearance.

You can watch the fierce trailer for RuPaul’s Drag Race season 13 here or below.