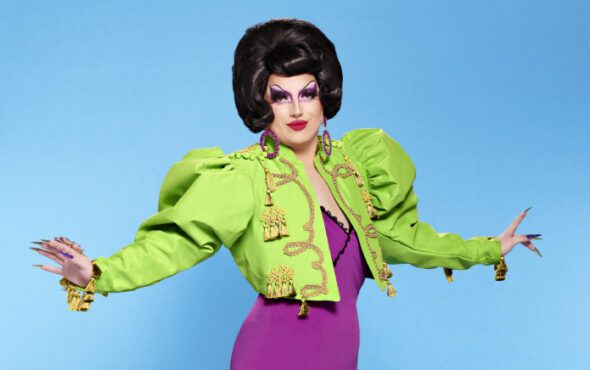 RuPaul’s Drag Race UK star Choriza May is “excited to bring another side of drag” to the series when she makes her debut next month.

The graphic designer, illustrator and drag entertainer hails from Valencia in Spain, but has resided in Newcastle for the past six years. Speaking with GAY TIMES, Choriza – who describes herself as Newcastle’s “spiciest, meatiest and silliest sausage” – says she’s looking forward to showcasing her Spanish heritage on the upcoming third season.

“There are so many European immigrants in the UK, it was just about time that there was a little representation for us,” explains Choriza.

“I come from a very small town, and I just want the little queer kids to realise that they can be whatever they want to be. Whether it’s a latex demon on a Wednesday afternoon, you can do whatever you want and you can get whatever you want.”

Choriza also reveals the struggles of filming a drag-based reality competition series in the middle of a global pandemic. She says: “I worked with loads of Spanish and British designers but especially the Spanish ones. With the whole Brexit situation and everything being on hold and on the frontier, it was just ridiculous.

“For a second I thought my costumes weren’t going to arrive. It was stressful. We couldn’t do fittings, we couldn’t go out to buy fabric, but listen, we did it!”

As well as showcasing her Spanish heritage, Choriza is excited to use her platform to uplift the other queer artists who helped with her aesthetic and runway looks.

“That’s one thing, Drag Race is not just about the queens,” she states.

“Drag Race showcases so many queer artists it’s ridiculous. Drag Race is a platform for designers, hairdressers, costume makers, jewellery makers, all these people that come together to support us as queens and they show their work through us.

“People need to realise how Drag Race and drag queens created a new industry and it’s helping so many young queer artists to develop a career.

“It’s amazing we get to help them like this by being fabulous.”