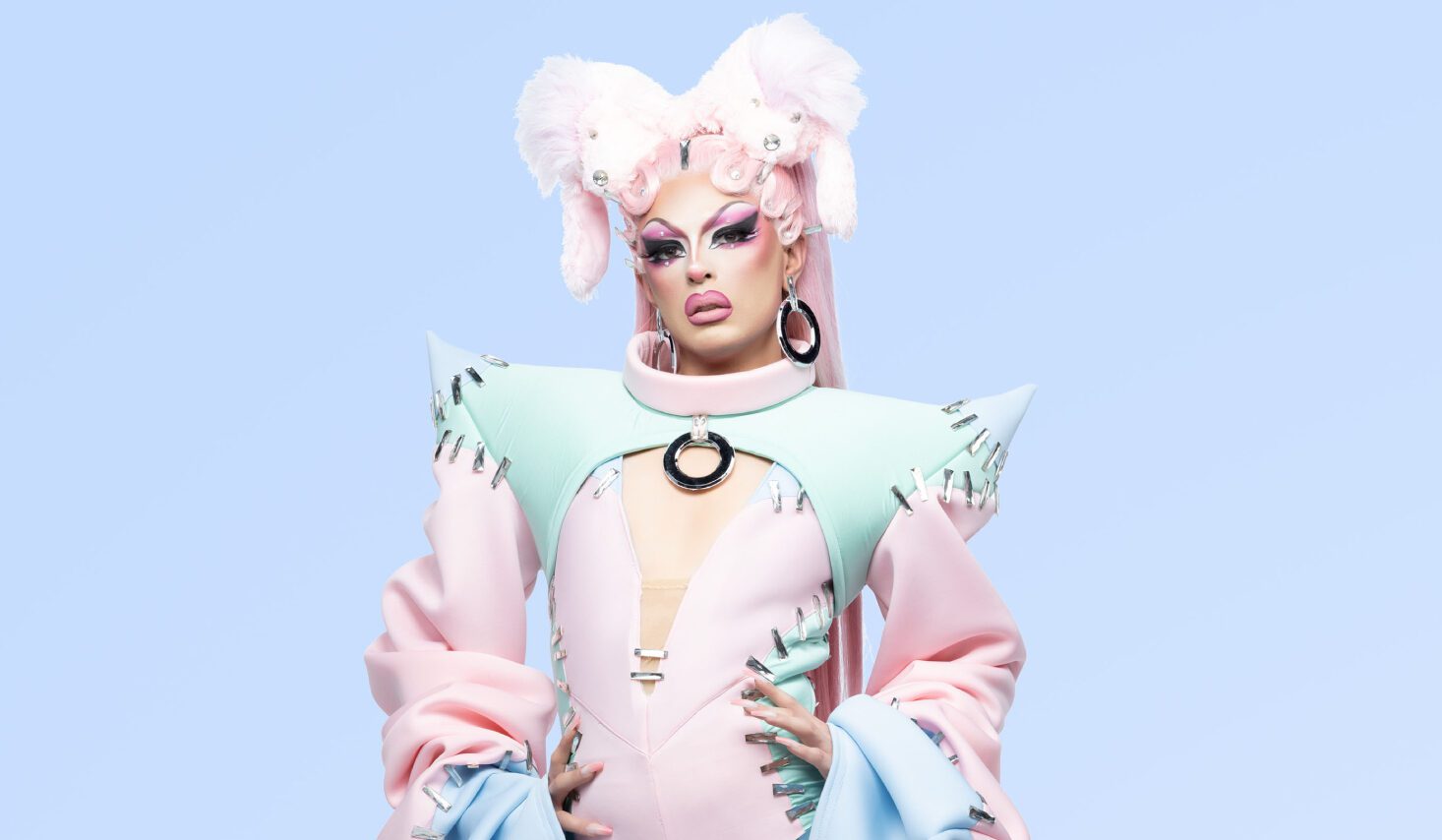 ​​”I think that’s the best thing to happen in 2021,” Icesis Couture says after we ask the brand new Queen of the North about her number-one Drag Race moment of 2021. “To everyone! I don’t know how to answer that without saying me! Like, fucking me. I’m fantastic.” The beloved entertainer just usurped Bitch I’m Busy singer Priyanka as Canada’s Next Drag Superstar on the second season of Canada’s Drag Race; a season that has since been hailed by viewers as one of the finest in the Emmy Award-winning franchise’s herstory thanks to its dynamic roster of contestants, hilarious maxi-challenges and stellar judging panel.

Icesis, who describes her drag as a “sexy nightmare”, immediately impressed viewers when she conquered the first maxi-challenge, which saw the contestants create a haute-check couture look that screamed premiere party eleganza extravaganza. Although she fell in the bottom shortly after, Icesis cemented her status as a frontrunner when she slayed the Snatch Game as Spanish icon La Veneno, annihilated Brooke Lynn Hytes in the roast and won another design challenge. In the final, she and her fellow finalists – Kendall Gender and Pythia – performed a brand new remix of Brooke’s Queen of the North, before lip-syncing for the crown to Celine Dion’s classic It’s All Coming Back to Me Now.

Ultimately, Icesis’ powerful rendition of Celine’s ballad in her breathtaking coronation couture left the panel gagged and the Ottawa native made herstory as the first Latin American queen to win Canada’s Drag Race. Here, we speak with Icesis about snatching Priyanka’s crown, the impact of opening up about her mental health on viewers and why she’s now a “more whole and complete” version of herself.

Condragulations on taking home the crown! Icesis, you absolutely demolished that final lip-sync. How did you feel in that moment?
It felt crazy. All the emotions were pouring out of me. We had been there for so long, all of us had fought for so long, we were just so tired, we were excited, we were just so happy and blessed. I feel all three of us just let it go in that lip-sync. We all looked beautiful and I was happy with the song. I was wearing a gown, we were all wearing gowns, so we were happy that it was a slow song! It was so special. I’m just so happy.

It’s All Coming Back to Me Now… What a lip-sync choice! Did you perform the full seven-minute track?
No, what they do is they take portions of the song and make a little mix and that’s what we do. Could you imagine? Doing the seven-minute mix? I don’t have the strength! I’m the oldest one, I’m absolutely not doing that!

Well, I absolutely would’ve watched you three perform the full version! Take me back to the night you won, how did you react when Brooke called your name?
Me, Pythia and Kendall, we had a viewing party together. We did not know who was winning, we weren’t told in advance. It was a full on live reaction. We hid our phones so we wouldn’t be able to see it. All three of us were sitting on the stage and it was just so emotional and I was just so happy I got to spend it with both of them. We are just such good friends and we really love each other. We were saying we’d be happy if any of us won because we just like each other so much. But you know…. I won!

And what was their reaction to your win?
They both had tears in their eyes. They were on their feet screaming and they were hugging me, I wouldn’t let them go! They were pushing me off like, ‘Go get your crown, leave us alone, we’ll talk after!’

Give me the drama! Give me a headline! No, I love that. I genuinely love when it’s RuPaul’s Best Friend Race.
I do enjoy… Let’s be honest, we all enjoy the drama on the reality TV shows, but we also need a balance. I think our season definitely gave the balance and the reason for the balance is, we went and filmed this when we were in full-on lockdown. We hadn’t seen people in so long, it had been months and months and months. So, the fact that we could finally see other people, make new friends, touch people and that everyone was just a nice person, there really wasn’t any reason to fight because we were all so grateful to just be out of the house!

What was that shift like for you, going from lockdown to competing on Drag Race?
The jump to actually filming wasn’t that difficult. What was really difficult was preparing for the show beforehand when we all got the call. I made everything on the show, we had a shortage of wigs and none of my fabric stores were open, so I literally had to beg friends for extra fabric. It was so difficult. You couldn’t even order anything off Amazon, so I think the pandemic definitely hindered being able to create things. But our season looked stunning regardless.

When you told Priyanka you made everything, her reaction was my reaction. Can we just talk about how you were her back-up dancer and now you’ve snatched her crown?
Right?! And in my song the lyrics are “I’m the new queen of the North”, so I feel like I manifested it!

Has what’s-her-name been in touch with you yet?
Yes, I have spoken to Priyanka! She FaceTimed me, Brooke Lynn also FaceTimed me, all the other judges messaged me. Everyone has sent me congratulations! They’re all so happy for me, they’re just amazing people. 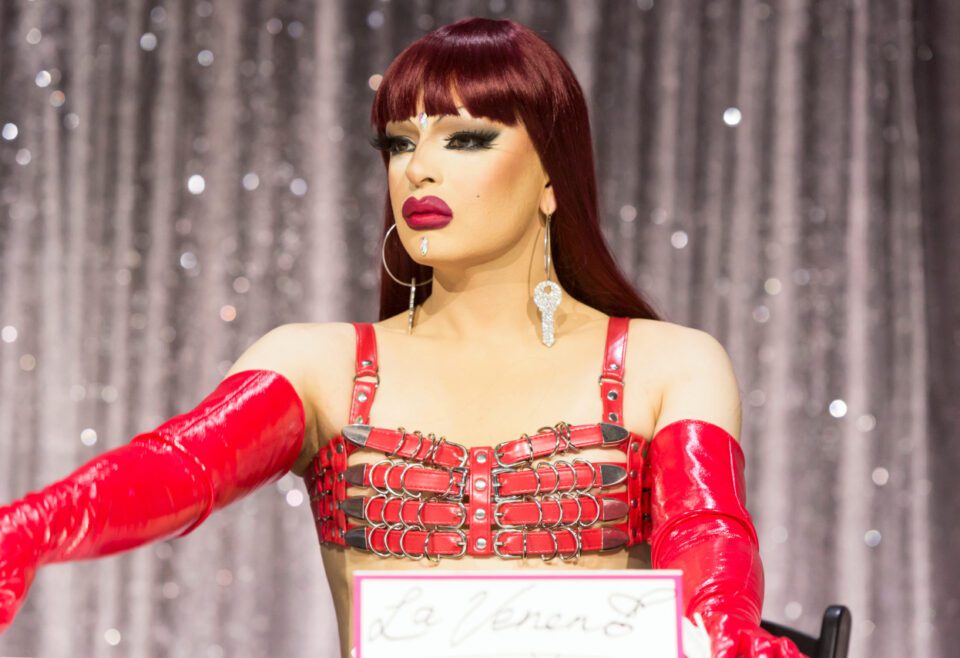 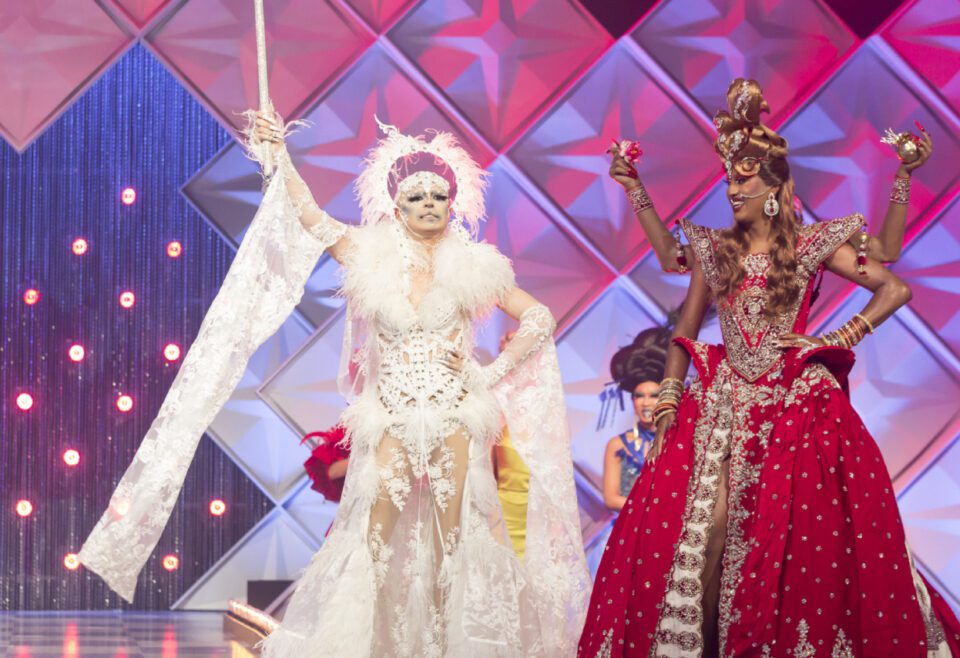 During your time on the series, you opened about your mental health struggles and coming from a Hispanic household where being LGBTQ+ wasn’t necessarily acceptable. What do you think your win means for people out there who might be in a similar situation?
I feel like it’s really going to help, and it has already helped. Ever since the makeover challenge when I first shared my mental health struggles, I have received so many messages from people saying seeing me as any kind of representation for mental health, or from people from the Hispanic community, and the struggles that I went through has helped them. They’ve shared their own stories with me. They’ve told me that me just sharing my story has changed their mind to not be in that mindset anymore. Two weeks ago at one of my viewing parties, two wonderful people came and they had been in the same situation as me, and had just left the hospital the night before, and their first stop was to come see me in the meet and greet. So, I literally just stood there and held them and made sure that they were okay and told them that they were amazing. It’s just been so much of that. I was just so worried when I first went in there about sharing that, because I’ve never shared any of that with anyone, only my family knew that. But the reaction that I wanted, happened. That little bit of discomfort that I felt for a while doesn’t matter because the outcome is just so much more important than me being uncomfortable.

Going into Canada’s Drag Race, did you ever expect that you could change the lives of people just by being authentically yourself?
Honestly, no. Because when I first went and spoke to the producers when we first got there, I was like, ‘I’m not talking about this, I don’t want to do this.’ All my walls were up. My mentality was just, ‘I want to get the crown and do it.’ But at the same time I didn’t feel worthy to be there to begin with, so the fact that the show helped me open up and the outcome of allowing me to be myself has helped other people, I wish I could just yell at myself a couple months ago like, ‘Stop it! Relax, you’re fine. You being you is really going to help people,’ and that’s all I ever wanted.

It sounds like you’ve been on quite the emotional journey. How have you transformed as a person and an artist since entering the werkroom?
Like Traci [Melchor] had said in the finale, in the first couple of episodes I was very to myself. I was on the opposite side of the room, just because that’s the type of person I am. I keep to myself. I’ve just been through so much it takes me a while to warm up to people. After meeting everyone, making friends with everybody and opening up and realising that being me is more than okay… I’m just so happy. I thought that I had worked so hard and I got to the point where I was okay in turning what happened to me into a positive. I never realised that me not sharing what happened to me was the last step I needed to feel release. I thought I had already done all the work. After sharing that, I love that I helped people but it also helped me in the long run because I feel more whole and complete.

Other than your win, of course, what has been your favourite Drag Race moment of 2021?
You said other than my win, but I think that’s the best thing to happen in 2021. To everyone! I don’t know how to answer that without saying me! Like, fucking me. I’m fantastic. No, but really, drag has gone so mainstream, there’s so many variations of Drag Race and every facet of drag. It has just been the year of drag. Next year is going to be even better. I am so excited for the world of drag and for people to get the respect that they deserve.

Following your win, you released your killer debut single La Pusetta. Is this the start of more music from you?
Yes! I’m glad you like it, thank you so much. So, after I left Drag Race I became delusional and thought I could sing. I created this song, I co-wrote it with my mother Savannah and produced it with So Fierce Music. It was so exciting to do what I really wanted to do. There is also a music video coming out. I think I’m going to do more music. Do you think I should? 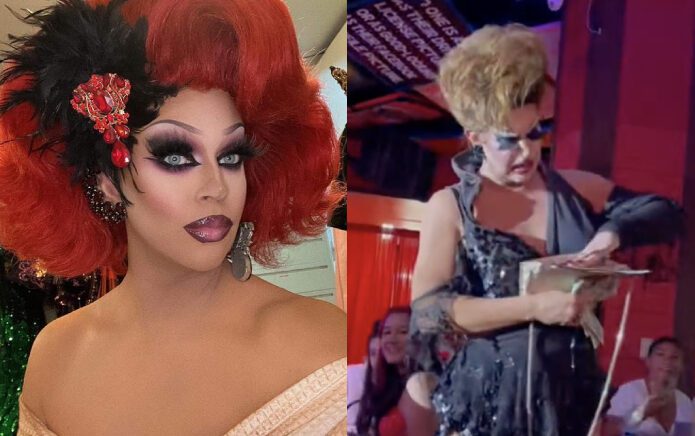 Drag Race star Shannel has responded to accusations that she stole money from a woman's purse during a recent drag brunch in Las Vegas.