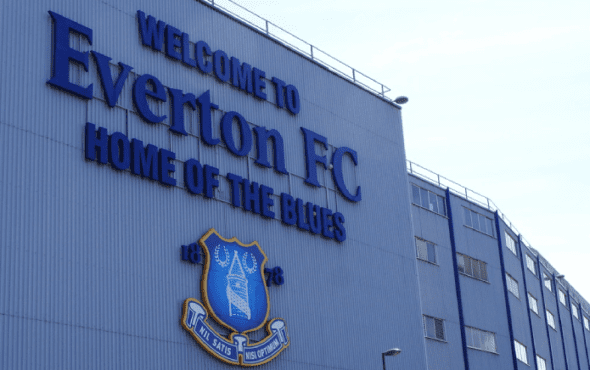 Everton football club has released a statement condemning the chanting as “unacceptable” behaviour on social media.

Everton FC has publicly criticised the language and chant used by fans toward a Chelsea player during a Premier League game yesterday (December 16).

“Everton condemns the homophobic chanting directed towards Chelsea players this evening at Stamford Bridge. Such behaviour is unacceptable and does not represent the values of our club or our wider fanbase,” the club posted online.

The team spotlighted their All Together Now campaign which launched in 2018 and aims to “encourage inclusion and celebrate equality” in the game.

The club posted on Twitter: “Through our All Together Now campaign we promote and celebrate the diversity and inclusivity within our club, our game and our community.

“We expect fans to reflect those values by refraining from any discriminatory chanting in the future.”

LGBTQ+ football fan group, Rainbow Toffees, publicly criticised the use of the chant on social media.

“We’ve been informed of the ‘Chelsea Rent Boy’ chants. This is something we totally condemn. It’s wrong, it’s homophobic & needs to stop. We have brought this up with the club in the past & will be bringing it up again,” Rainbow Toffees posted.

The origin of the chant directed at the Chelsea players is believed to stem from the 1980s. The term “rent boy” is a derogatory phrase used to refer to a male prostitute.

The song is rumoured to have been popularised after a newspaper reported that a Chelsea hooligan was found in bed with a “rent boy” during a police raid.

During that period, a notorious Chelsea hooligan firm, the Chelsea Headhunters, had a popular chant named Chelsea Aggro. Chelsea rivals adopted the chant and switched up the lines to include the phrase “rent boy”.

An alternative theory surrounding the term “rent boys” is due to how the phrase was popularised by a 1970’s TV documentary titled Johnny, Go Home.

The documentary addressed how young working-class men, travelling from the North, would arrive in London looking for work. However, many got involved in prostitution to earn fast cash. It is alleged that a young man was interviewed and claimed he used his earnings to buy a season ticket at Chelsea. The homophobic chant is still used in football games today.

“The derogatory chants aimed at players and supporters during the game were disgusting and an insult to this sport.

“We appreciate that the clubs have condemned this behaviour, however, they must do more to identify and prosecute those responsible,” Rosso told GAY TIMES.

He added: “The CST (Chelsea Supporters Trust) will work with the club and other supporter groups, including Chelsea Pride, to ensure this happens.

“We are proud to have such a diverse fanbase.

Tracy Brown, Chair of Chelsea Pride provided a statement on the homophobic chant used at the match.

“We at Chelsea pride are happy in part by the quick response from Everton. However, we do think they could have put the statement up across all their social media platforms. We informed Rainbows Toffees the moment we heard the chant.

“It’s completely unacceptable that this homophobic chant is still heard inside football stadiums, no member of the LGBTQ+ community should feel unwelcome at football,” Brown told GAY TIMES.

The Chair added: “We have been working very hard to get the CPS to change their stance on this chant. It is homophobic and more education is needed on this subject.

“We will continue to work with our club our friends and the supporters trust and beyond to see this chant removed from our game. Football is for all.”

As homophobia in sport continues to be tackled, there has been an increase of sporting representatives and initiatives showcasing support for LGBTQ+ players in the industry.

Stonewall’s Rainbow Laces is an LGBTQ+ campaign that has advocated for greater conversation around homophobia in sport and how to address it.

According to a Stonewall study, published in 2020, close to 20 per cent of sports fans think anti-LGBTQ+ language is harmless if it’s just meant as banter.

Meanwhile, an Out in Sport study carried out in 2019 revealed that only 33 per cent of LGBTQ+ people who participate (or follow sport) are not out to anyone in their sporting life.

Both Everton and Chelsea have been committed to addressing homophobia within the game. This year it was announced that the Everton team would wear rainbow shirts for their warm-up drills ahead of a Premier League 2021/22 game against Southampton.

Similarly, Chelsea Pride, the club’s official LGBTQ+ supporters group, have actively worked to raise awareness of the ongoing homophobia existing in the sport.

You can read Everton FC’s statement in full here or below.

This news piece has been updated with the removal of a quote from the former Chelsea chair, Tim Rolls, as it was outdated.