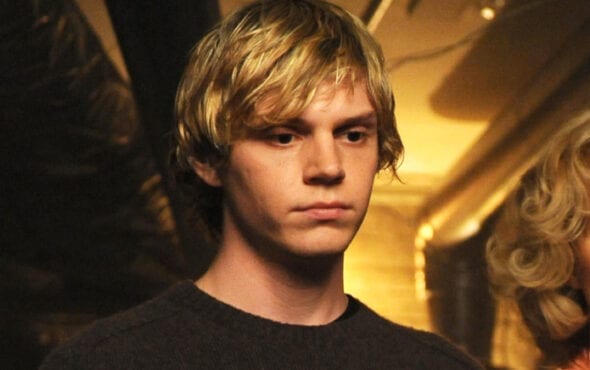 Evan Peters has been cast as the title character in Monster: The Jeffrey Dahmer Story.

Created by Ryan Murphy and Ian Brennan, the ten-episode Netflix series will chronicle the infamous story of one of the most notorious serial killers in the world, and will be told from the point of view of Dahmer’s victims.

According to Deadline, Monster dives “into the police incompetence and apathy that allowed the Wisconsin native to go on a multiyear killing spree” and dramatizes 10 instances when Dahmer was questioned by authorities and set free.

It will also tackle Dahmer’s white privilege, as his attractive and clean-cut image resulted in lenient ‘punishments’ from authorities and judges.

Penelope Ann Miller and Richard Kenkins will play his parents Joyce and Lionel, while Niecy Nash has been cast as Glenda Cleveland, Dahmer’s neighbour who called the police several times to alert them of his suspicious behaviour.

Shaun J. Brown will play Tracy Edwards, who narrowly escaped death at the hands of Dahmer and led police to his house, which resulted in his arrest.

Carl Franklin and Janet Mock will executive produce the series with Murphy and Brennan. The former will direct the pilot episode, while Mock, known for her work on Pose, is expected to direct and write several episodes.

Rashad Robinson from Color of Change, a nonprofit civil rights advocacy organization, will serve as supervising producer along with David McMillan.

Dahmer was known as the Milwaukee Cannibal and Milwaukee Monster for murdering and dismembering 17 men between 1978 and 1991, with many of his later murders including necrophilia and cannibalism.

He was sentenced to 15 terms of life imprisonment in 1992, and was beaten to death two years later by Christopher Scarver, a fellow inmate at the Columbia Correctional Institution in Portage, Wisconsin.

The serial killer’s life story has been adapted into several movies, where he was played by Jeremy Renner, Carl Crew, Rusty Sneary and Ross Lynch.

Deadline states that Monster’s approach will be more psychological, focusing on “how the murders were allowed to happen over more than a decade.”

Peters is a frequent collaborator of Murphy’s, having appeared in the first eight seasons of American Horror Story. He skipped the ninth, 1984, but has been confirmed to make his comeback in the upcoming Double Feature.