Eurovision Song Contest 2018: Here are the six songs hoping to represent the UK 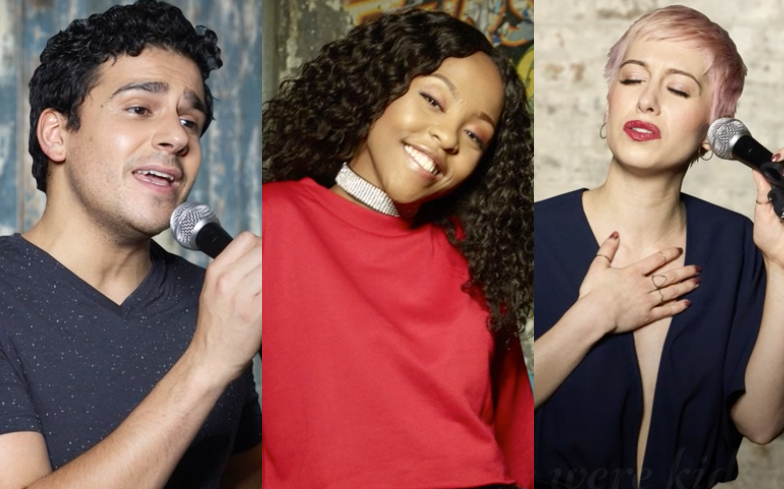 Following Salvador Sobral’s victory in Ukraine last year, Portugal will host the Eurovision Song Contest 2018 when it returns in May.

The 63rd edition of the annual competition will be held at the Altice Arena in Lisbon between 8 May to 12 May, and as one of the ‘Big Five’ the UK will go straight to the Grand Final.

But who will be representing us this year?

The UK’s representative will be chosen by public vote through Eurovision You Decide, which will air on 7 February on BBC Two.

First to throw her hat into the ring is Asanda with her song Legends. The singer appeared on the 2013 series of Britain’s Got Talent aged 11.

“It is a unique song with a very energetic rhythm and has a tribal feel to it,” Asanda said of the song. “I think the melody and the lyrics come together to form a very beautiful and inspirational message that is relatable to everyone.”

Next up is girl group Goldstone with their track I Feel The Love. Comprised of members Aimie, Helen and Rhiannon, they all have experience on stage and screen.

“We adore our song! It’s just so hopeful. And with everything that is happening in the world right now it really hits home,” they said. “It makes you feel positive about the future and its message is that it doesn’t matter who you are, who you love or where you come from – we can always band together and unite.”

Jaz Ellington will also compete with his track You. The old-school soul singer has been working with music for most of his life.

Explaining the meaning behind his song, he said that it “is a story of two people in a relationship. The person telling the story compares everything his partner does, to the one he truly loves. It’s beautiful and yet sad at the same time, I just love it.”

West End actor Liam Tamne will perform Astronaut for the UK’s vote. The star has performed in many big-stage productions, including Wicked, Hairspray and Les Miserables.

“It’s a great song and I believe many people can relate to it,” he said of Astronaut. “The message will resonate with a lot of people, as we all need that someone at some point in our lives to pick us up and whisk us away.”

Raya – who has performed all over the world – will perform Crazy on the BBC Two selection show.

“It’s extremely catchy and upbeat with a really fresh and commercial feel,” Raya said. “It’s all about that new guy or girl who you can’t get out of your head no matter how hard you try.”

Finally, SuRie will sing Storm for her bid to represent the UK. She has actually appeared at the Eurovision Song Contest before, but as a backing singer.

Eurovision You Decide will be co-hosted by Mel Giedroyc and former Eurovision winner Mans Zelmerlow.