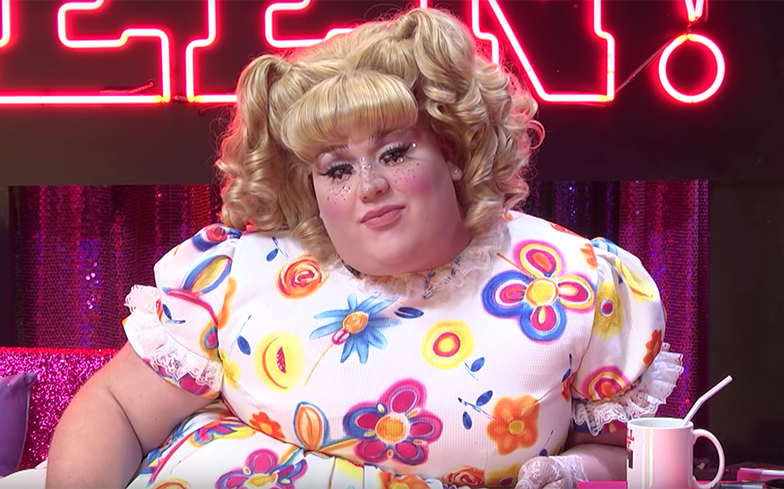 “She almost walked all the way off set. She had to walk away a little bit.”

Eureka O’Hara has revealed the hilarious moment that almost made RuPaul walk completely off set.

Her performance was well-received by the judges and she came second to Aquaria’s portrayal of Melania Trump.

During the latest episode of Hey Qween, host Johnny McGovern questioned Eureka on the episode, to which she said: “I almost made RuPaul vomit. RuPaul does not like to watch people physically eat, it’s apparently a thing.

“I had one of the things that Honey Boo Boo’s family does, is make sketti, with butter and pasta and ketchup. Right? It is gross. So I had a bottle of ketchup, which was one of my props.” “RuPaul turns and says, “Well, Honey Boo Boo, what do you have to say about that?” she continued. “And you could hear her, as soon as she notices me, and she’s like “Oop,” and turned away.

“So I start swallowing all this ketchup. It was the best thing in my entire life, and she almost walked all the way off set. She had to walk away a little bit.”

Why didn’t this make the edit?! Also in the episode, Eureka went into further detail about her gag-worthy lip sync against Kameron Michaels in the show’s Breastworld episode.

She added: “I saw all the judges looking at her and not me, and something hit my head bitch and I said, ‘You know what? Fuck this.’ You saw my big ass, I was on a mission, stomping to the back of the runway.

“So I started kicking bitch, jumps, spins, kicks. Asia and everyone else is screaming, the fucking PA’s, the directors, everybody starts flooding out from behind the cameras to watch me and Kameron go the fuck at it.”

Watch Eureka O’Hara on the latest episode of Hey Qween below.