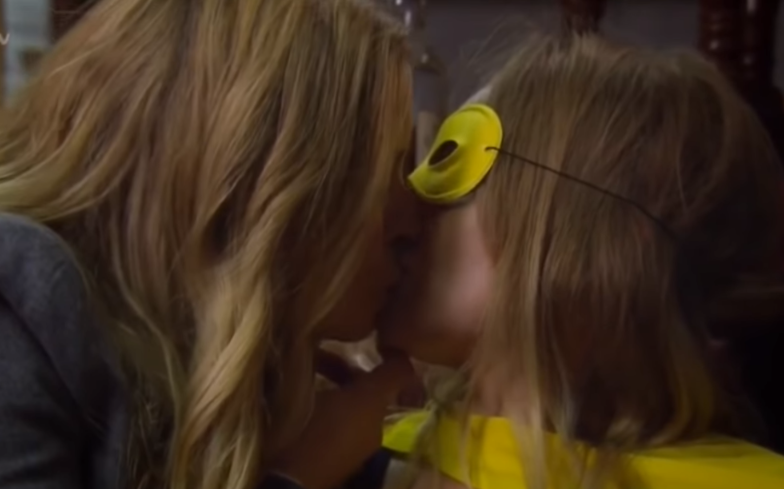 She also spoke of the pride she feels when fans tell her the storyline helped them to come out.

Emmerdale star, Michelle Hardwick, who plays Vanessa Woodfield, the fiance of iconic character Charity Dingle on the ITV soap has spoken of how she feels the role is helping to “normalise” same-sex relationships around the country.

Speaking to the Mirror, she said: “Soaps are fabulous at normalising same-sex relationships. If you’re showing two males or two females, you are normalising it in people’s houses every night and that’s what we need to be doing.”

She also said that fans are “largely supportive” although she noted that in today’s world she still gets some homophobic tweets. “I get a few, ‘You just need a real man’, or ‘Vanessa just needs a real man’ comments,” she admitted.

“You think, ‘Oh right, really?’ And then you look at their profile picture and you think, ‘Yep, you’d be it’.”

However, she explained that these negative tweets are far outweighed by tweets when fans tell her that the storyline has helped them to come out, or come to terms with their sexual identity.

“I had a tweet only the other day from a girl saying she was so scared to come out to her dad – but he said to her, ‘Look, as long as you’re happy, I’m happy’,” she explained.

Michelle Hardwick also spoke about her own sexuality, saying: “I tried to fight it. I had a few boyfriends, but it never felt right. You just battle with it, don’t you? It was hard.”

However, for a while she felt unable to come out to her parents until her late 20s, admitting: “I was scared about upsetting them. But they’ve been so supportive.”

And speaking about her own wedding to Emmerdale producer Kate Brooks back in September, she said: “We’re still on cloud nine. It was the best day of my life.”

Related: Eastenders boss says the show is ‘trying to change homophobia in our society’