Why Emmerdale’s gay ‘Robron’ relationship is so damn important 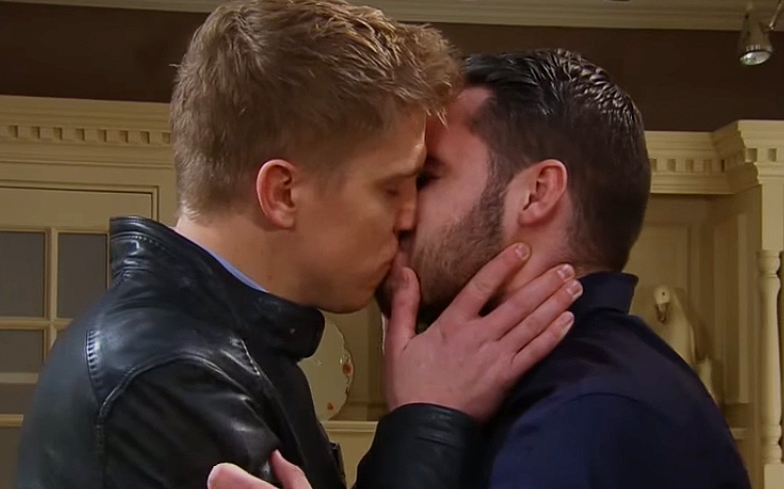 Last week saw one of Emmerdale’s most beloved couples, Robert and Aaron, reunite after a heartbreaking split back in 2017.

While soaps haven’t always blessed our screens with the best queer representation, Aaron and Robert are challenging same-sex relationships being used a diversity-tick box by becoming so much more than background characters.

The airtime Danny Miller (Aaron) and Ryan Hawley (Robert) have been given to let their relationship blossom and flower, to then crash and burn, only to be reunited again is quite beautiful.

And people are really, really happy about it.

“I never loved him.. how could I? I’m still completely in love with you.”

I hope this sl shows robron's strengths. I want them to show them protecting each other, fighting for each other. Them working together. That would be great progress.

"So please Robert, will ya, will you just come home with me"♥️😍♥️. So, I might have just spent the morning watching this again but I can't help it, it was just perfect♥️♥️ #robron pic.twitter.com/1lLbXlnB46

This is my favorite scene. Thanks to them, i found myself. I love my heroes ❣️❣️.#Robron pic.twitter.com/HdYlb0Qifn

In itself, the staggering response to their reunion illustrates just how much this means, not only to queer audiences, but to everybody that has witnessed a powerful love unfold in front of them.

There has been criticism in the past, mainly for perpetuating myths about bisexuality after Robert cheated with his ex-girlfriend. It’s clear that this relationship isn’t perfect in its representation, but to see characters like these on our screens, to a demographic that may not see this type of love in real life, is revolutionary.

And this is even more powerful when targeting an older audience, who have lived through the AIDS epidemic, watched the term ‘gay plague’ plaster the media, seen homosexuality depicted as a threat to family life and become synonymous with paedophilia and sin.

For those people to be sat on their sofa watching two men unapologetically argue, cry, kiss, love and marry each other has such a huge potential to completely rewrite what they think they know about homosexuality. It normalises same-sex relationships and pushes for acceptance.

After all, soaps are, for many, the crux of a weekday evening. They are the topic of conversation at Christmas time, and the reason why my mother refuses to make plans past seven.

So it’s important that LGBTQ characters are included in this, for every member of the family. From the teen questioning their sexuality and searching for somebody they can identify with, to the grandparents being shown how normal same-sex relationships are, and that love is love, no matter what.

If the concept behind soaps is to reflect real life, it makes every bit of sense to have queer inclusion, proper queer inclusion, and not just token characters that have a few lines every other episode.

It’s refreshing to see such a mainstream soap pay so much dedication to a gay-narrative. Thank you, Emmerdale.