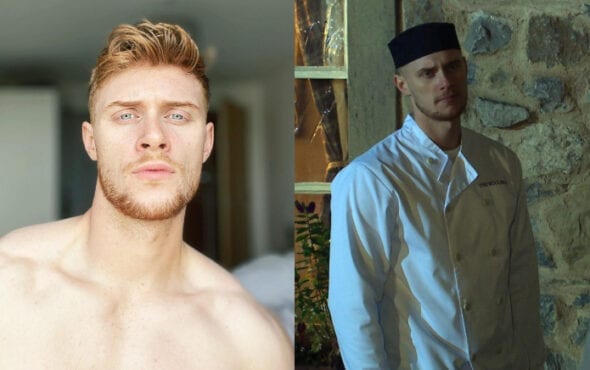 Luke Posner’s sexuality will at the forefront in forthcoming Emmerdale episodes.

In next week’s scenes, it will come to light that Ethan is a mysterious figure from Luke’s past who knows the Woolpack chef better than most in the village.

According to reports, the first scene between them will see Luke denying his homosexuality to Ethan, who is determined to expose the truth out of concern for Victoria.

In an interview with press, John said his character is a “righteous man” who is willing to do whatever it takes and will “confront who he needs to” in order to make things right.

“Let’s just say that Luke isn’t an exception to that rule,” he explained.

“There is definitely a familiarity between Ethan and Luke. The way that it unravels, and the way that their relationship evolves, is sure to shock the viewers.

“I feel like it definitely isn’t how you’d expect their relationship to start, but all I can say is that people probably won’t want to miss it.” He continued to say that Ethan “thrives” in “revealing people’s shortcomings, in the hope that they might be able to learn about themselves and grow.”

John added: “It’s a harsh method, and with a method like this, there’s sure to be consequences. In the case of Luke and Victoria, it could shatter the trust between them.”

“It could do a lot of damage, but as for what happens next, I guess we’ll have to see.”

The confrontation between Luke Posner and Ethan Anderson will air on Monday (25 January) and Tuesday (26 January) at 7pm on ITV.