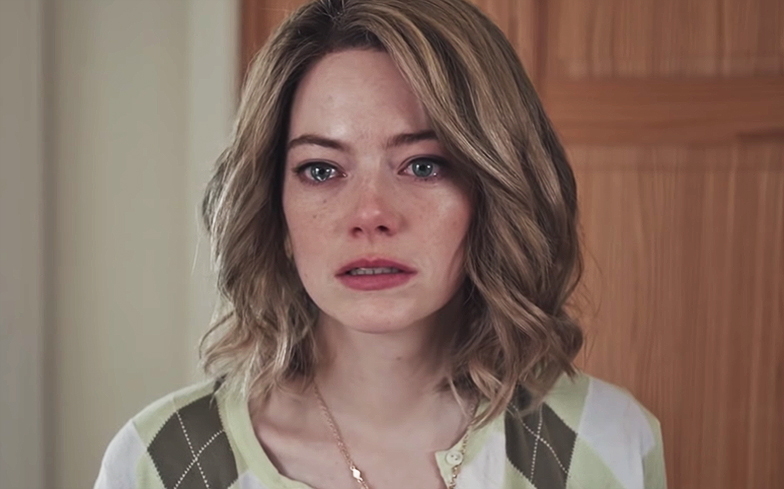 Emma Stone has taken on her most challenging role yet.

While she arrives ready to give an Oscar-worthy performance, the director shoots her down: “There’s nothing to her. People are just going to scroll past you so they can get off. She has no past, no future, she exists only to be cheated on.”

But as she heads to the “woman bin” to find props, slipping on lube on the way, Emma is overcome with a need to explore who Dierdre – that’s the name she gave her character – really is, and comes up with an elaborate backstory for her.

In a dramatic flashback, we see Deirdre’s childhood, her first job, the night she met her partner Jared, and all the signs she missed that he was cheating on her, as she delivers the already-iconic line: “Not with my godson!”

Watch the hilarious sketch below.