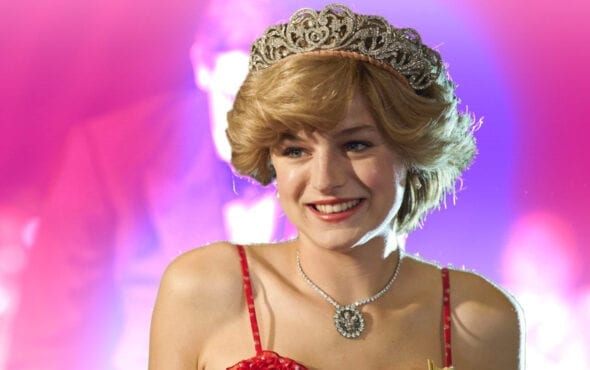 Emma Corrin opened up about her relationship quirks in a brand new interview with Vanity Fair.

While playing a game of Never Have I Ever with Jessica Alba, Kelly Rowland, Kelly Sawyer and Cecily Strong, the actress was asked if they ever kept a partner’s item of clothing to sniff it.

Out of the four actresses, Rowland and Corrin both took a swig of their cocktails.

Alba then went on to ask Corrin to elaborate, stating: “But wait, Emma, did he – or she – know that you were keeping a said item of clothing?”

The Golden Globe winner shyly replied, “She did know, yes.”

She continued: “Um, yeah, but I think I’m a very smell oriented person, and I could do it with jumpers. Jumpers is a good one. Jumpers are sweaters. It’s the most comforting thing you could hug.”

The tea continued to pour when the 25-year-old actress revealed that she’s part of the mile-high club.

“Is it definitely sex and only sex?” she asked.

“I think whatever you want can count,” Strong responded. This prompted a swig from Corrin.

On top of delivering a hilarious round of Never Have I Ever, the up-and-coming actress also shared details surrounding her sexuality last week.

Although Corrin hasn’t made a formal announcement about her sexuality, her followers flocked to the comments section to welcome the star to the LGBTQ+ community.

“THE holy representation we’ve been waiting for!” said one enthusiastic fan, while several others declared this as a “win for the gays”.

She also received support from stars such as Paloma Faith, King Princess and Christine and the Queens, the latter of which wrote: “Your french fuckboi says hi.”

Corrin received universal critical acclaim for her performance as Princess Diana on The Crown, winning a Critics’ Choice Award and Golden Globe Award for Best Actress in a Television Series Drama.

She’s also known for recurring roles in crime dramas such as Grantchester and Pennyworth (both 2019), as well as the British comedy film Misbehaviour (2020), in which she played Jillian Jessup, Miss South Africa.