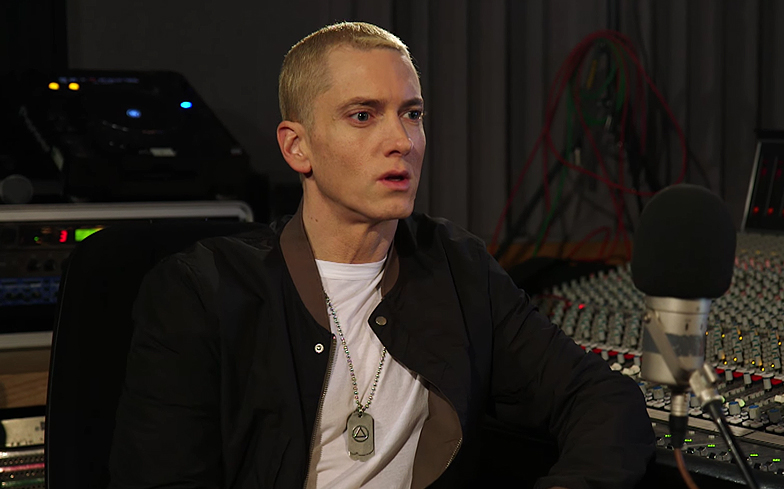 Eminem has come under fire for using the anti-gay term ‘faggot’ on his new album.

So far, it’s received critical acclaim and praise from fans and critics (especially for lyrics attacking US President Donald Trump) but it’s also garnered controversy for including a homophobic slur.

On Fall, Eminem attacks fellow rapper Tyler, the Creator, saying: “Tyler create nothing, I see why you called yourself a faggot, bitch / It’s not just ’cause you lack attention / It’s ’cause you worship D12’s balls, you’re sacrilegious.”

His lyrics reference Tyler’s last studio album, Flower Boy, on which he seemingly came as gay/bisexual.

He said: ““Not saying it’s wrong or it’s right, but at this point in my career – man, I say so much shit that’s tongue-in-cheek. I poke fun at other people, myself.