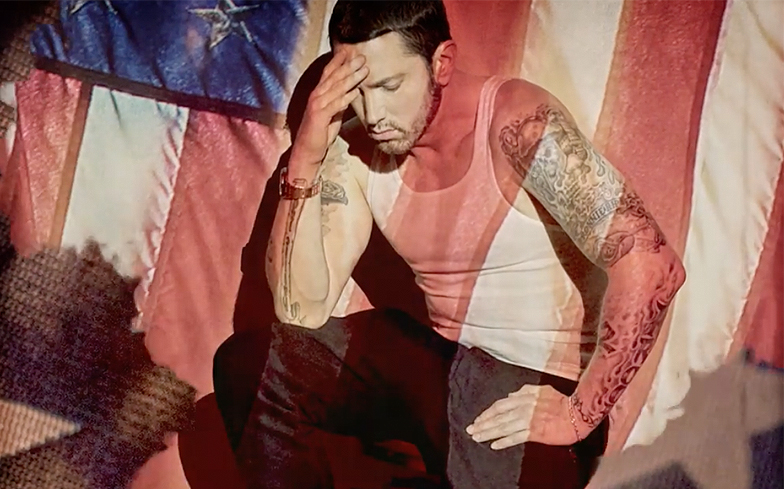 Eminem surprised fans earlier this week when he suggested that he had been using gay dating app Grindr to look for love.

The 45-year-old rapper opened up about his dating life during a new interview with Vulture, outlining how he goes looking for potential partners.

“Well, yeah. Yeah Tinder. And Grindr. I also used to go to strip clubs,” he said. “What can I say? Going to strip clubs is how I was meeting some chicks. It was an interesting time for me.”

Most people were confused about his claim that he’d been using Grindr, particularly as it is an app mainly used by gay and bisexual men to meet other men.

However, a spokesperson for the star has now clarified his comments after the claim went viral across social media.

“I’m confirming that he was joking about using both Tinder and Grindr,” a rep for Eminem told The Muse.

During the same interview with Vulture, Eminem also defended criticism that his lyrics are misogynistic and homophobic.

“All I was saying was I don’t swing that way. So when I started getting flack for it, I thought, ‘Alright, you people think I’m homophobic? Watch this.’ Hence the Ken Kaniff character and all that stuff.

“I was trying to push the buttons of people who were calling me something that I wasn’t. The honest-to-God truth is that none of that matters to me: I have no issue with someone’s sexuality, religion, race, none of that.

“Anyone who’s followed my music knows I’m against bullies — that’s why I hate that fucking bully Trump — and I hate the idea that a kid who’s gay might get shit for it.”

Earlier this year, Elton John also defended Eminem’s use of homophobic slurs in his music.