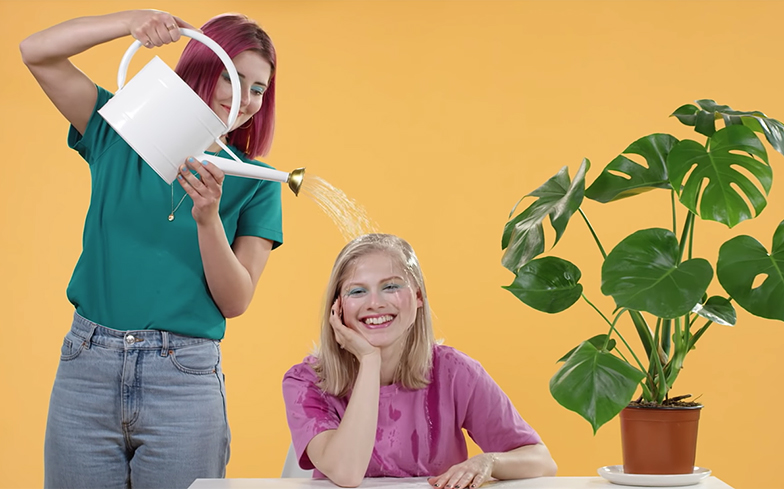 Emily Burns has dropped a new single and a colourful video to go with it.

Now, she’s back with a brilliant new track called Too Cool, which might be our favourite thing she’s ever released.

“I need you to scream and then hang up on me, call up all your friends go telling everybody,” she sings on the track, which sees her beg a ‘perfect’ girlfriend to be a little more… dysfunctional.

The video, meanwhile, reflects the song’s message as Emily pops balloons, throws screwed up paper, and even pours water over her girlfriend’s head in an attempt to push her buttons and get a reaction from her.

Watch the video for Too Cool below.