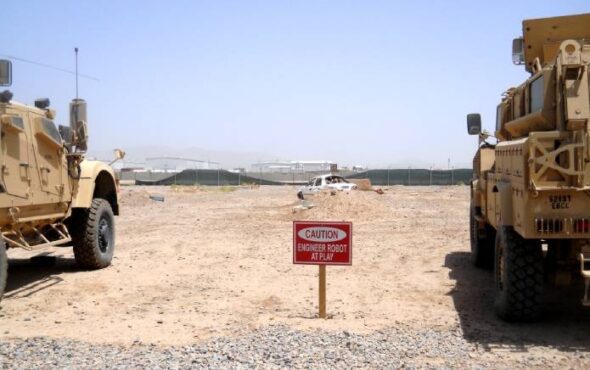 An emergency fund has been launched to help the LGBTQ+ community facing persecution in Afghanistan after the Taliban seized power there.

Sexual and gender minorities face grave danger now that the Taliban have control of Afghanistan, as the group typically imposes death sentences in the form of “wall-toppling”, stoning and shooting.

It is expected that the Taliban will implement their strict interpretation of Sharia law, with one court judge already vowing to sentence gay men to death by stoning or being crushed by a wall.

The UK government has been urged to do more to help the country’s LGBTQ+ residents, with Stonewall and Rainbow Migration requesting an “urgent meeting” with Dominic Raab over the situation in an open letter earlier this week.

In a further bid to help LGBTQ+ Afghans, GiveOut has started an emergency fund to support Rainbow Railroad in their important work to help the community.

Rainbow Railroad is a Canadian and US based organisation that assists LGBTQ+ refugees all over the world and is leading the emergency response in Afghanistan – something which is more vital than ever given that there are no LGBTQ+ organisations in the country.

They are hopeful that their deep international network and connections will enable them to reach LGBTQ+ people facing persecution, with every donation they receive helping them achieve this.

Wondering how to support #LGBTQ+ Afghans at risk? We have launched an emergency appeal in support of @RainbowRailroad‘s urgent work on #Afghanistan. Click here to learn more & donate 👇https://t.co/hxM3UocIaI

“We use all tools at our disposal to help relocate an individual who comes to us for help, including working with governments,” said Kimahli Powell, the Executive Director of Rainbow Railroad.

Rainbow Railroad’s current focuses are to offer help and advice to those at risk, further develop their networks to find ways for LGBTQ+ Afghans to escape and put pressure on Western governments to help those seeking refuge.

As a charity registered in the UK, GiveOut can claim Gift Aid on all eligible donations – an extra 25p for every £1 you donate.

You can make donations here.