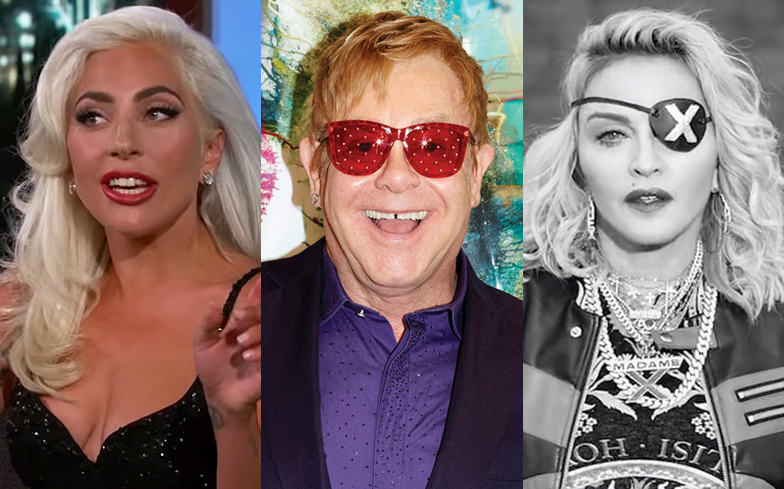 Elton John has addressed his relationship with Madonna.

In his new autobiography Me, the singer revisits a number of encounters with fellow A-list celebrities, and in one section recalls how his feud with Madonna got worse when she made negative comments about Lady Gaga, who’s godmother to his two sons.

“I used to make fun of [Madonna] for lip-synching on stage, but the problem really started when she ran Gaga down on an American chat show,” he wrote.

Elton was likely referring to Madonna’s infamous appearance on ABC News in 2012, where she called Gaga’s music “reductive” after being asked about similarities between herself and her fellow pop star.

“I got that Gaga’s single Born This Way definitely sounded similar to Express Yourself,” said Elton, “but I couldn’t see why she was so ungracious and nasty about it, rather than taking it as a compliment… particularly when she claims to be a champion for women.”

He added: “I think it’s just wrong – an established artist shouldn’t kick down a younger artist right at the start of their career.”

Addressing his own rocky relationship with Madonna, Elton recalled one particular instance where negative off-camera remarks he made about the pop superstar’s career ended up being broadcast on TV without his knowledge.

“I was furious and I said some pretty horrible things about her to a TV interviewer in Australia, a guy I’d known since the seventies called Molly Meldrum,” he said.

“You can tell from the footage that it wasn’t part of the interview, that I was just sounding off to an old friend between takes.

“They broadcast it anyway, which brought that particular old friendship to a very swift conclusion. Still, I shouldn’t have said it. I apologised.”

As for Gaga, Elton says she’s a “great godmother” to sons Zachary and Elijah.

“She would turn up backstage and insist on giving Zachary his bath while dressed in full Gaga regalia, which was quite an incredible sight,” he said.

Me by Elton John is out now.