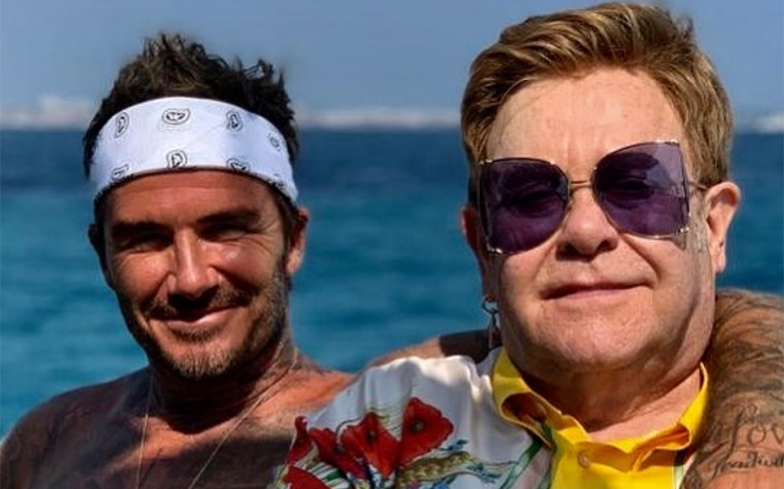 “This is everything,” said Victoria Beckham.

David Beckham has received a sickening, Rocketman-inspired makeover from Elton John. The star has been on vacation with Victoria, their children Brooklyn, Romeo, Harper and Cruz, Elton, his husband David Furnish and their two children.

They’ve been uploading several snaps from their holiday (on-board Elton’s yacht) and fans are loving it.

“Happy summer with friends, we love you both and your boys so much,” wrote Victoria in one photo, while David celebrated his relationship with the Tiny Dancer star, writing: “24 years we have known each other and we laugh like it’s day one.”

On Wednesday (29 August), Victoria uploaded a photo of David in a signature Elton look; a gold Versace shirt with his diamond encrusted Gucci sunglasses. She captioned it: “This is everything!! #rocketman.”

The photo has received over 460,000 likes and thousands of comments – see below.