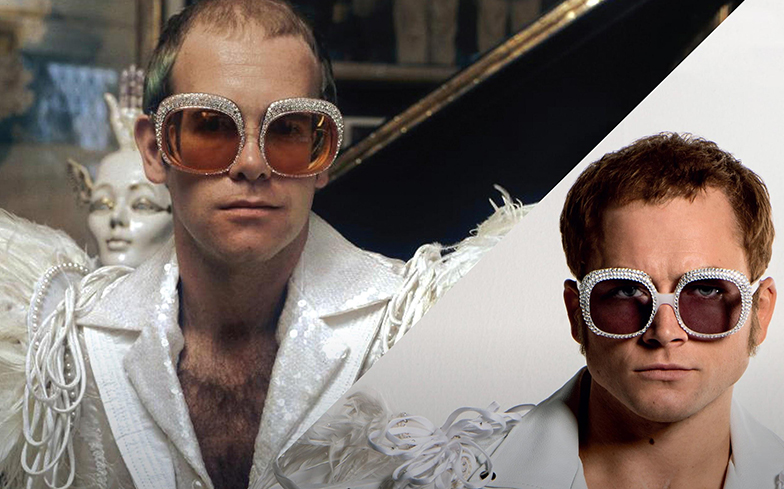 Fans have been given a taste of what’s to come from upcoming film Rocketman.

Based on the life of legendary musician Elton John, upcoming film Rocketman (in cinemas 22 May) will focus on the artist’s early years in the music industry, his rise at the Royal Academy of Music, and his struggles with fame and drug abuse.

Kingsman lead Taron Egerton will star as the pop culture icon in the big screen outing, which has been described as a “fantasy musical” rather than a traditional biopic, and will cover a number of Elton’s hits reimagined by producer Giles Martin.

As well as covers of classic tracks, Taron has teamed up with the man of the hour himself for a brand new song call (I’m Gonna) Love Me Again, a rocking 70s-inspired track that was penned by Elton and his longtime collaborator Bernie Taupin.

The new single is taken from the official 22-song soundtrack, Rocketman: Music From The Motion Picture, in which producer Giles Martin reworks tracks from Elton and Bernie’s beloved songbook to suit the narrative of the film.

“It was so important that the music I composed and recorded had to be sung by Taron. I wanted his interpretation of me, through Bernie’s lyrics & my music – not just acting,” Elton said in a statement.

“I left Taron in the hands of Giles Martin, who I trusted implicitly because he’s brilliant. I didn’t want to be in Taron’s shadows, watching over the process, I trusted them to do what they needed to do, artistically, and listening back I’ve been astonished with the results.”

Rocketman: Music From The Motion Picture is released 24 May.