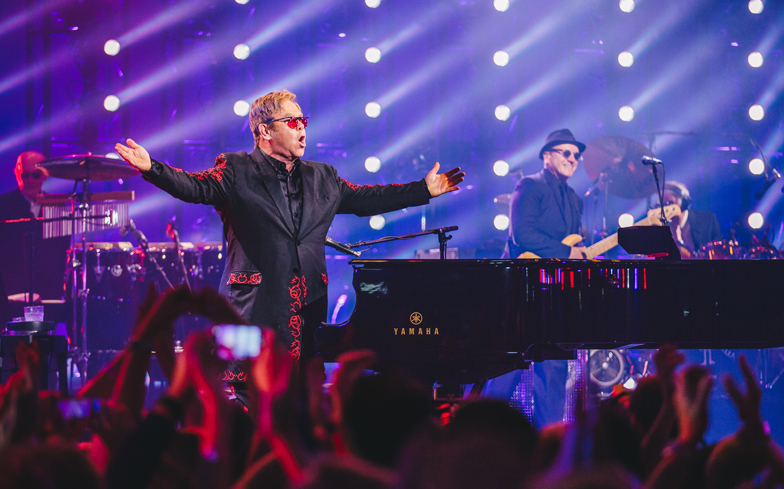 Elton John has made chart history in the UK by becoming the first and only act to secure a top 10 song in six different decades.

It comes 50 years after his chart debut and was released ahead of his upcoming collaborative record, The Lockdown Sessions.

Your Song was Elton’s first appearance on the singles chart, reaching number seven in 1971 and later re-entering and peaking at number four in 2002.

Throughout Elton’s iconic career, the 1970s was his most successful in terms of top 10 hits with a total of 10 during that decade, followed by eight in the 1990s.

Seven of Elton’s 33 top 10 songs reached the peak of the chart, with Cold Heart (PNAU Remix) on track to become his eighth at the end of the week after spending three weeks at number two.

Elton recently spoke to GAY TIMES about the new record and how queer artists are “breaking barriers down” in society which you can read more of here.