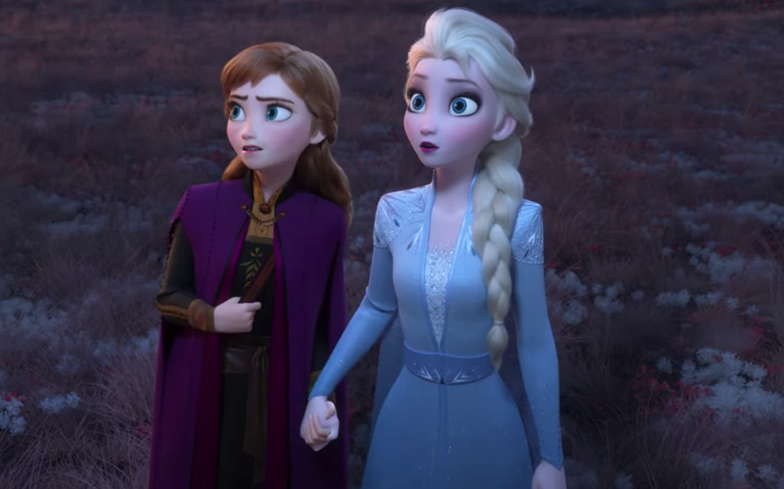 Elsa is back in a brand new trailer for Frozen 2.

The highly-anticipated Disney sequel is due for release on 22 November this year, but details surrounding the plot of the animated movie have largely been kept shrouded in mystery – until now.

A brand new trailer gives fans a better idea of where the story will take us, with Elsa and Anna’s father telling them a story about an “enchanted forest” that lies to the north in a flashback. The only problem is, no one can get in or out.

Of course, that’s no match for Elsa’s powers, and together with Anna, Kristoff, Olaf and Sven she embarks on a dangerous but fantastic journey to save her kingdom and discover why she was born with magical powers.

The trailer also introduces a bunch of new characters including Elsa and Anna’s father King Agnarr, and the nomadic Northuldra community who live in the enchanted forest.

Fans have been campaigning for Elsa to have a girlfriend in the sequel since the #GiveElsaAGirlfriend hashtag went viral in 2016, but it was recently confirmed that she won’t be exploring her sexuality anytime soon.

According to Frozen 2 songwriter Kristen Anderson-Lopez, the fan-favourite Disney princess-slash-superhero won’t have a romantic interest of either gender in the highly-anticipated sequel.

Elsa’s journey in the original film was highly refreshing because she didn’t depend on a man to complete her character arc, and we’re glad that will continue. However, we’re slightly disappointed that Elsa won’t be Disney’s first LGBTQ heroine.