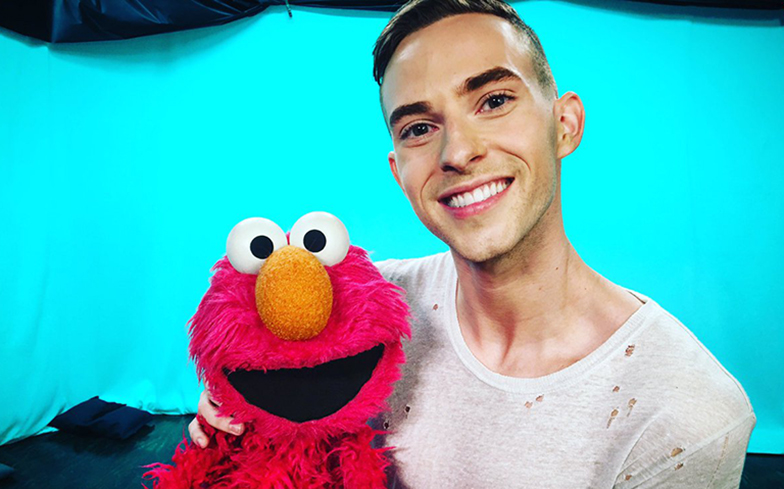 The 28-year-old figure skater, who became the first openly gay athlete from Team USA to qualify for the games in Pyeongchang, South Korea, earned a bronze medal in the men’s individual with a stunning performance to Coldplay’s O.

His performance earned praise from many in the sports and entertainment industry, but now he’s earned the ultimate form of approval with a message of congratulations from Sesame Street’s mascot Elmo.

“When Elmo sees Elmo’s friend Adam Rippon doing great in the Olympics!” the puppet wrote alongside a gif of the two dancing side-by-side on Twitter.

“Elmo is so proud of you! #Elmotivation”

The gif comes from a Sesame Street video in which Elmo and the Cookie Monster talk to Olympic athletes about their respective sports.

“Figure skating is where you wear ice skates and I like to go as fast as I can and do spins and jumps,” Adam explains to Elmo in the video.

As the first openly gay male athletes from Team USA to make it to the Winter Olympics, figure skater Adam and freeskier Gus Kenworthy are helping to fly the flag for the LGBTQ community in turbulent times.

Rippon added: “I don’t think he has a real concept of reality. To stand by some of the things that Donald Trump has said and for Mike Pence to say he’s a devout Christian man is completely contradictory.”