Elliot Page to be honoured with the Outfest Annual Achievement Award 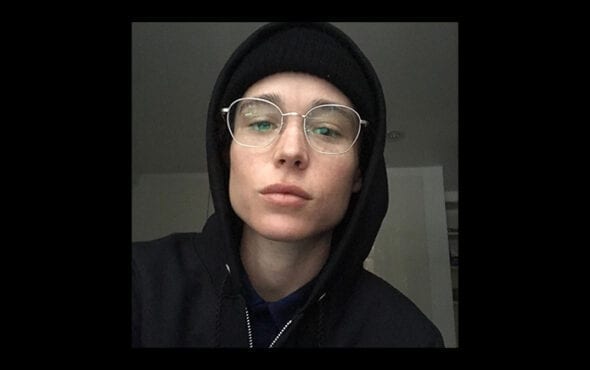 The Umbrella Academy actor will be presented the award at the Las Angeles Orpheum Theatre later this month.

Elliot Page will be given the incredible Outfest Annual Achievement Award in a few weeks time. The award will be presented by the lead programmer of Outfest’s Trans and Nonbinary Summit Kieran Medina, Out reports.

The award giveaway is expected to take place on August 22 at the Orpheum Theatre in Los Angeles.

Damien S. Navarro, Outfest’s executive director reflected on honouring Page with the award in a statement: “When determining the recipient of our highest honour we look for those that have been a powerful representative for our community, that have soared to the highest levels of recognition for their talent and who have stepped into the shoes themselves as an independent filmmaker and creator. There is no one more poised to receive this year’s Outfest Annual Achievement Award than Elliot.”

Navarro added: “His courage, advocacy, and personal journey have made him one of the most admired and respected public figures of his generation and his talent and voice are leading a new generation within the LGBTQIA+ and entertainment community.”

Accepting the award, Page issued a statement accepting the prestigious honour: “It gives me great honour to be the recipient of this year’s Outfest Annual Achievement Award and represent the LGBTQ+ community,” Page said.

“Now more than ever, it is so important for our voices to be amplified and represented in film and media, and for people to hear our stories.”

Outfest, a non-profit LGBTQ+ streaming platform, will be hosting their 39th Outfest LA film festival on August 13 at the Hollywood Forever Cemetery.

The popular film festival strives to platform diverse LGBTQIA+ stories and storytellers and will showcase over 150 films.

The star, best known for his Academy Award-nominated role in Juno and lead performance in Netflix’s fantasy drama The Umbrella Academy, penned a powerful letter on his social media channels.

“Hi friends, I want to share with you that I am trans, my pronouns are he/they and my name is Elliot. I feel lucky to be writing this. To be here. To have arrived at this place in my life,” he wrote.

“I feel overwhelming gratitude for the incredible people who have supported me along this journey. I can’t begin to express how remarkable it feels to finally love who I am enough to pursue my authentic self.”

Elliot continued to say that he’s been “endlessly inspired by so many” in the transgender community, and thanked them for their “courage” and for “ceaselessly working to make this world a more inclusive and compassionate place.”

He added: “I will offer whatever support I can and continue to strive for a more loving and equal society.”

The actor went on to address the “staggering” number of transgender individuals who have been murdered in the United States this year – with 40 dead, it’s the highest number on record.

“I am not trying to dampen a moment that is joyous and one that I celebrate, but I want to address the full picture. The discrimination towards trans people is rife, insidious and cruel, resulting in horrific consequences,” he said.

“To the political leaders who work to criminalise trans health care and deny our right to exist and to all those with a massive platform who continue to spew hostility towards the trans community: you have blood on your hands.

“You unleash a fury of vile and demeaning rage that lands on the shoulders of the trans community, a community in which 40 per cent of trans adults report attempting suicide.

“Enough is enough. You aren’t being cancelled, you are hurting people. I am one of those people and we don’t be silent in the face of your attacks.”

“To all the trans people who deal with harassment, self-loathing, abuse, and the threat of violence every day: I see you, I love you, and I will do everything I can to change this world for the better.”

You can read Elliot Page’s full statement below: