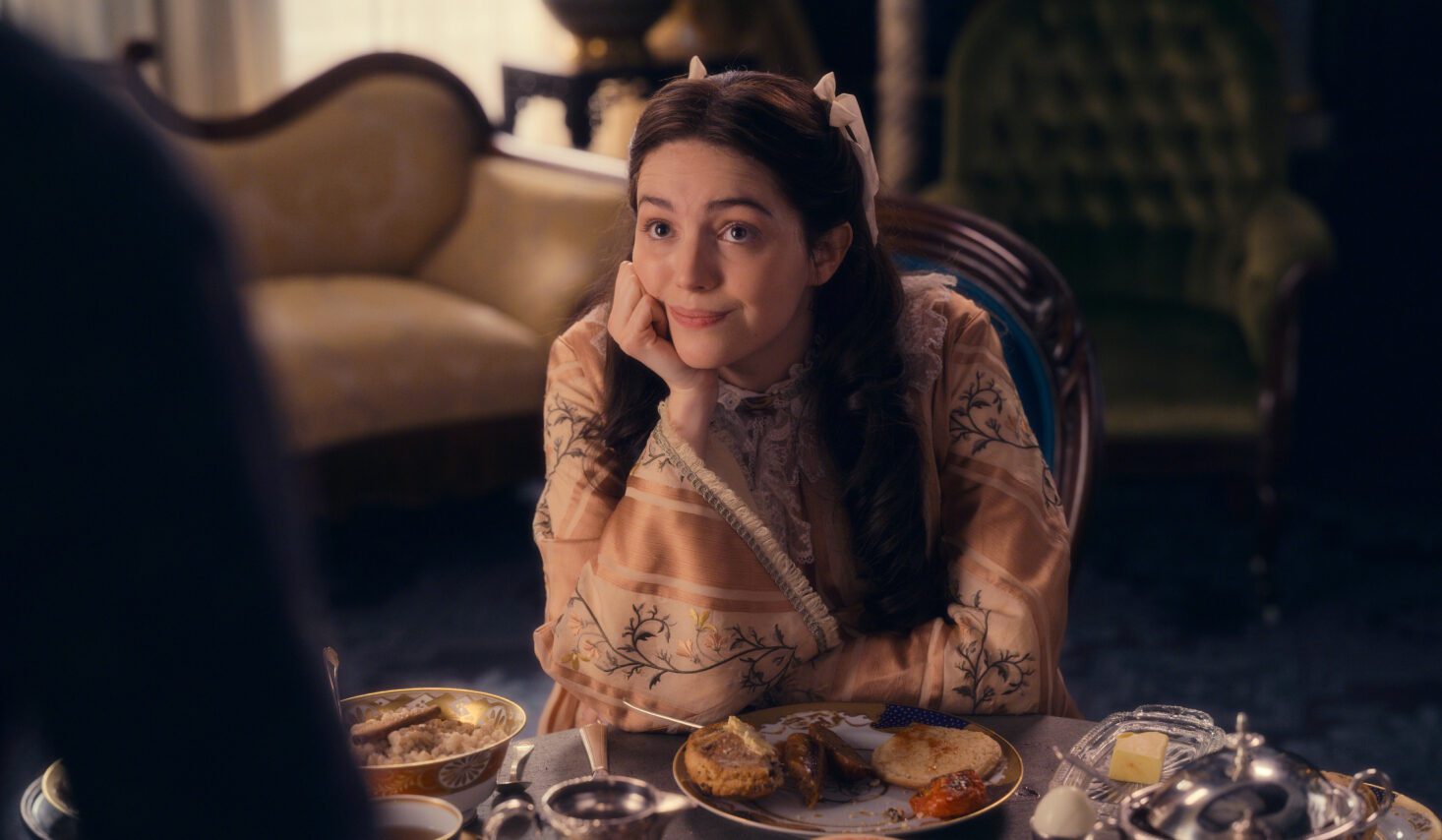 The final season of Dickinson is here. A profoundly creative re-telling of the life of Emily Dickinson, this Apple TV+ dramady is known for its vivid storytelling, musical fantasies, and modern imaginings of romance. As the final installment of the series rolls out, GAY TIMES caught up with the show’s mastermind Alena Smith and leading actress Ella Hunt to indulge in creative fan theories, treasured lessons, and utterly queer small-talk.

Following bouts of press and promotion, writer Alena Smith is feeling eagerly joyous about season three of Dickinson. The final batch of episodes, which ensue in a whirlwind of emotions, follow fan-favourite characters as they reckon with death, lust, and personal complexities. It’s a finale without a lackluster moment and for good reason. “We’ve come so far with building our loyal fan base and all the relationships between the cast have really deepened,” Alena explains over Zoom. “All the complex layers that we’re talking about with the history of Emily’s life and her relationship to her art have deepened as well. I love all the seasons of Dickinson, but season three has a kind of climactic culminating aspect. I’m excited for people to see it.”

If you’re familiar with the history-making show – Dickinson became the first Apple TV+ series to be greenlit for three seasons – you’ll be familiar with its refreshing blend of youthful comedy and snappy dialogue that respectively preserves the image of an acclaimed American poet. Throughout its backlog of episodes, the show has remained a faithful conceptual experiment standing as a testament to Dickinson’s life. Grounded in the daily lives of 1850s Amhurst, the production has effortlessly mirrored our modern dilemmas. “You can hold up an unexpected mirror to where we are today. I’ve always said if it’s not relevant to today, it doesn’t belong in the show,” Alena says.

From the beginning, the series creator reveals she always had a three-season game plan in mind for Dickinson – one that would culminate with the Civil War. “It was Emily’s most prolific time as a poet and it’s a sort of coming-of-age journey which reaches its apex. The Civil War was relevant, but nobody knew we were going to be living through a global pandemic for the production of season three,” she tells GAY TIMES. “It added these truly uncanny metal layers to the whole thing, especially with processing death and grief on this mass scale and feeling like the ground is shifting beneath you.” 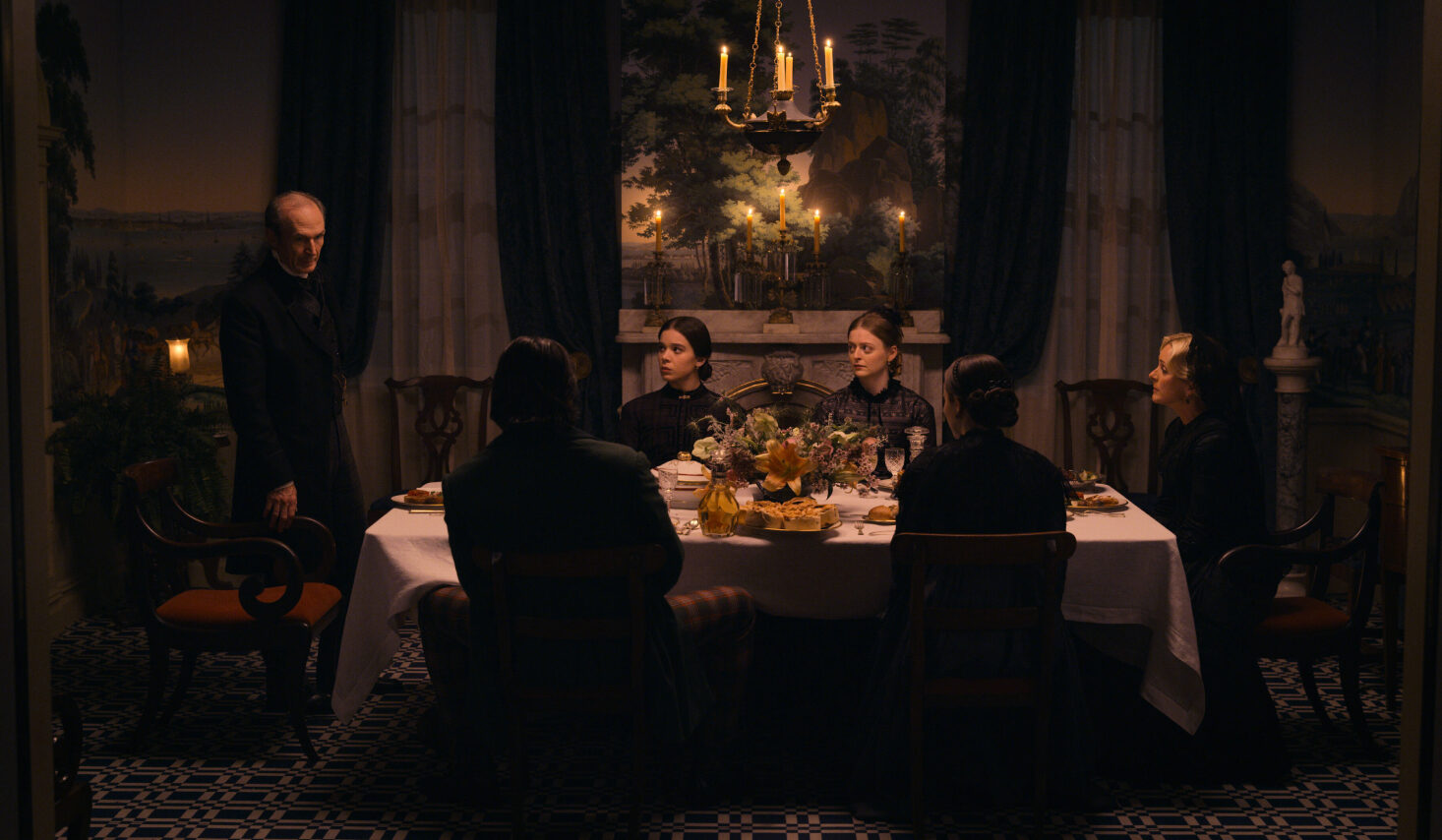 While many of us absorbed Emily’s next steps, fans began pondering her finality as online users reeled off bizarre conspiracy theories. “It’s funny, people have this assumption that Emily’s going to die at the end,” Alena says. “Maybe it’s the idea that Emily ends our show, having explored cycles of death and rebirth in a weird, poetic way.” Elsewhere on the internet, Dickinson stans brewed up another theory that leading actress Ella Hunt couldn’t escape. “I eat up everything Dickinson fans put on Twitter and Instagram. They were so quick that when Taylor Swift’s record came out, they believed that Taylor Swift wrote Ivy about EmiSue!” Ella laughs.

In her self-appointed “favourite fan moment”, the star chalks up a whimsical TikTok as her next best interaction. “There is a TikTok which starts with two wonderful ladies casually watching Dickinson then it cuts to “after 15 minutes and watching Dickinson” and they’re both reading Emily Dickinson. It then cuts to “after 25 minutes” and they’re at Bethpage where we shoot the show and they’re dressed up in Dickinson style clothing,” she recalls. “It’s the most dedicated TikTok I have ever seen.”

Speaking on special moments attached to the show, we ask Ella and Alena to outline their favourite go-to queer moments across Dickinson. Picking up where she left off, Ella is quick to lead praise towards Alena’s creation and the cast. “My number one has to be the volcanoes scene. Alena had written that Your Best American Girl by Mitski was going to be playing. It perfectly encompasses this beautiful, tender romance between these two people,” the actress lists. Ella also gives a nod to the iconic tree scene before applauding the creative nuance of fellow actor Kevin Yee. “Kevin (who plays Toshiaki) elevates every scene with his presence, whether it’s talking about pound cake or the hot soldiers dying. He’s naturally so funny and so queer.” Ella also spells out a unique scene in episode four – a moment Alena also spotlights.

“Billy Eichner makes an appearance as Walt Whitman and it’s the pinnacle of queer television. He is extraordinary. They go down to an underground gay bar and there are people making out and dancing and it’s a moment of queer revelry. That episode is going to really move and delight people. It made me cry with happiness and I love that Alena took the show in that direction this season.” 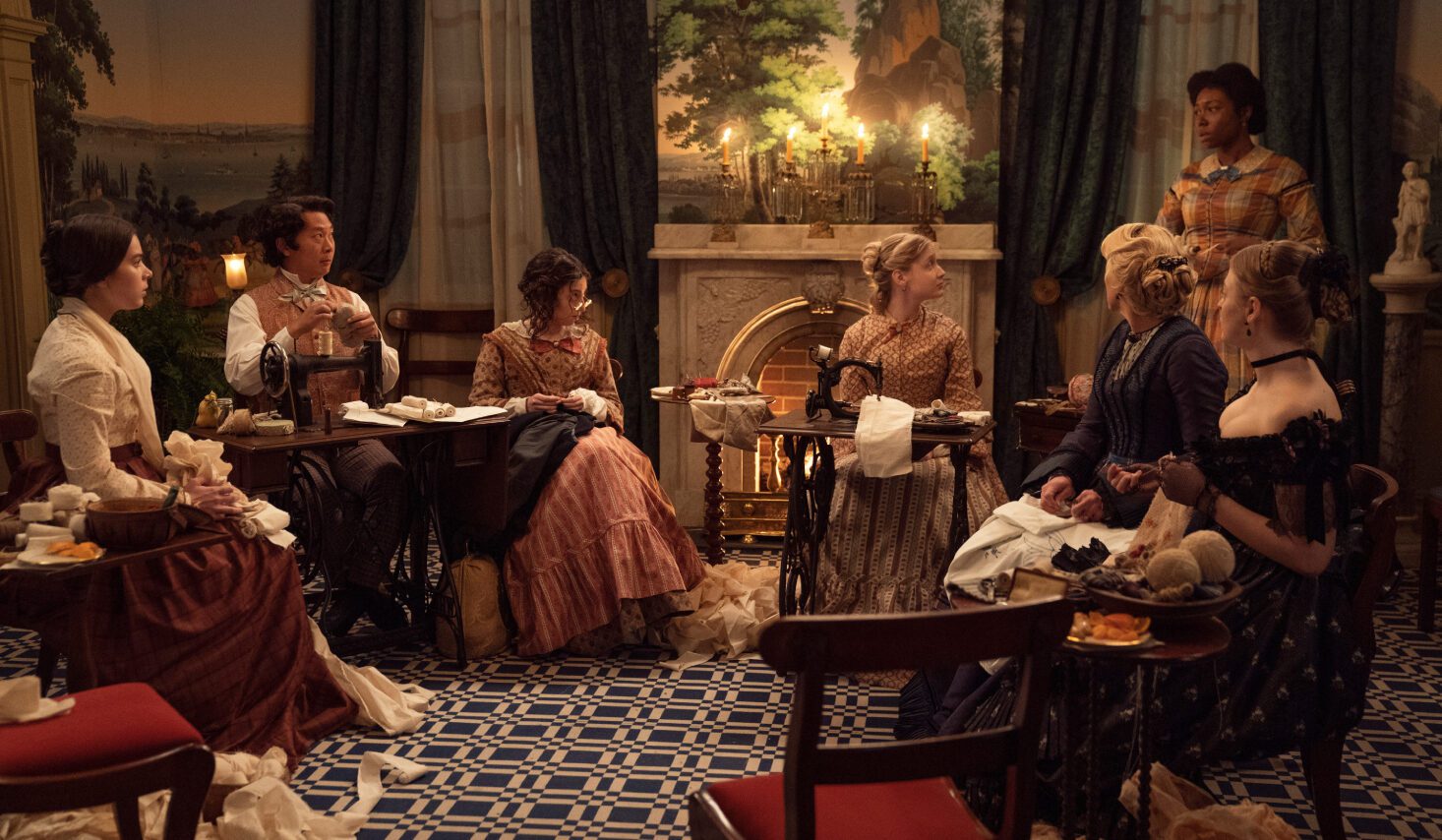 Following up, Alena expands on the purpose of the star-studded 1860s New York scene: “We really pushed Emily to come out and own her feelings about Sue. Emily’s a person who tends to live more in her head than in her body and Whitman is quite the opposite. I love the moment Emily is screaming her love for Sue at the gay bar with Whitman.” The series creator also picks “the very first kiss in the rain in the pilot” which later cemented the hook of the show. “It was these two girls in period costumes making out with each other,” the show writer explains. “We’ve seen that a lot more since Dickinson was made, but when I wrote it, I had never seen anything like that.”

Whether it’s impromptu makeout scenes or emotionally laden dialogue, the Dickinson creator is pleased with how Emily and Sue’s relationship has been preserved. “Season three was my own kind of love letter to Emily and Sue so I hope that people will be happy. Dickinson is a really personal story for everyone and all I could do is be as truthful to how I feel about their relationship.” Likewise, Ella hopes the final season reflects the aging grace of their time together. “It’s a really beautiful season for them both. Fans will be excited by this new chapter of Sue embracing her love for Emily. It allows her loveliest and messiest self which was such a delight for me to play. Emily and Sue are really grappling with how you can have a queer in the closet relationship in 1860. I think they find themselves in a place of understanding and peace.”

As the stars of the show move on to bigger and bolder projects, we ask Ella and Alena what lessons they’ve treasured most from their time with Dickinson. “Emily is outstanding and someone who is all about doing the work. She would make her art and barely showed it to anybody,” Alena tells GAY TIMES. “I’m just as excited for people to get interested in Emily Dickinson 10 years from now and say let me go watch that show on Apple TV+. I hope that we have made a piece of work that will stand the test of time. This show matters from an LGBTQ+ perspective, from just a Dickinson studies perspective, and there are all kinds of different ways to keep enjoying it down the road.”

Agreeing with the creator, Ella also found a unique affinity with the series. “Dickinson empowered because, at the core of the show, it is about an artist who believed and trusted in her instincts,” Ella says over the phone. “It’s been amazing to go on this journey with this character at this stage in my life. Elena has been so thoughtful in the way that she has written all of our character arcs, especially Sue’s. It’s the greatest gift she could have written me.”

Dickinson is now available to stream on Apple TV+ – watch the official season three trailer here or below. 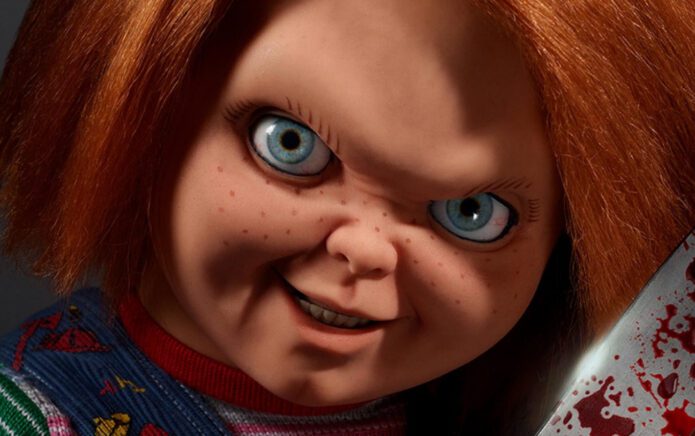 It looks like the murderous talking Chucky doll will be returning to our TV screens for a season two on Syfy and USA Network. 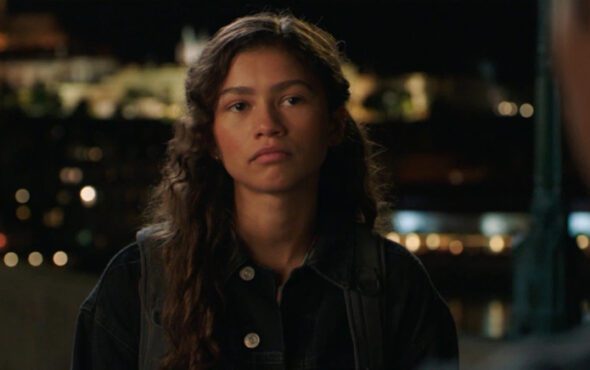 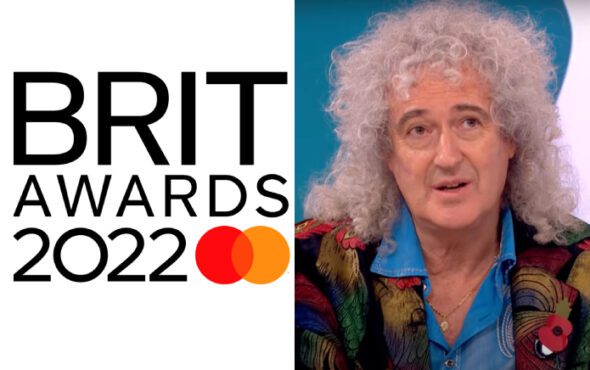 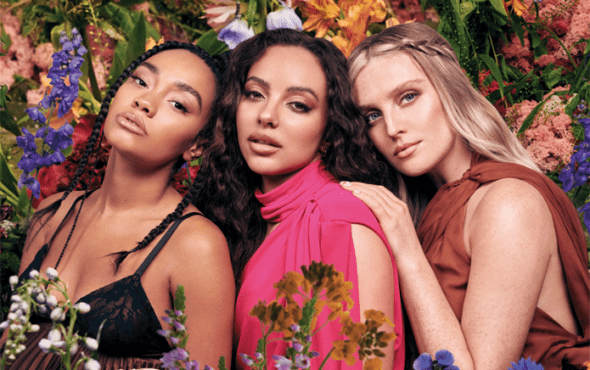 Little Mix announce hiatus after 2022 tour: “We are not splitting up”